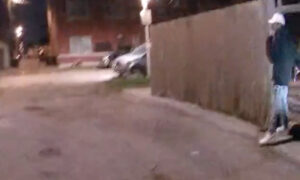 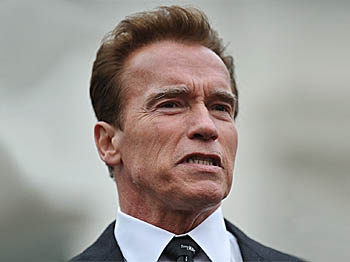 By Shahrzad Noorbaloochi
biggersmaller
Print
California Gov. Arnold Schwarzenegger threw his support behind a program to speed up sustainable energy projects when he signed Senate Bill 8X 34 on March 22. The governor announced sustainable energy plans at the NextEra Harper Lake Solar Electric Generating System (SEGS) facility in Hinkley, California, on March 23, with U.S. Department of the Interior Secretary Ken Salazar at his side.

The bill, written by Democratic Sen. Alex Padilla from Pacoima, near Los Angeles, aims to streamline the permitting and siting of sustainable energy projects in California. The move is expected to result in an increase in jobs, attract investments and create energy independence.

The NextEra facility is the largest working solar plant in the world, and energy sustainability efforts in California are at a peak, according to the governor's office.

The legislation intends to allow project developers to meet American Recovery and Reinvestment Act (ARRA) deadlines for funding applications. In order to streamline this process, the bill hires more staff in the state’s regulatory agencies in order to ensure that these agencies are well enough supported in order to efficiently process and site renewable energy projects. The funding for these jobs will come from a fee issued to project developers, through the Renewable Energy Development Fee Trust (REDFT), as determined by the California Energy Commission (CEC) and the Department of Fish and Game (DFG).

Sen. Alex Padilla is both the author of the bill and chairman of the Senate Energy, Utilities and Communications Committee. Mr. Padilla said that the bill will help sustainable energy projects meet deadlines for obtaining the stimulus funds offered by the American Recovery and Reinvestment Act, create up to 15,000 jobs, further develop clean energy, and green investment in California.

According to Sen. Padilla's office at least 15 projects are applying for ARRA money, facing deadlines which require that the sustainable energy projects be under construction by the end of the year. Collectively, these projects might add 5,000 megawatts of renewable electrical generation to California’s grid, 5,000 direct jobs, and 10,000 indirect jobs.

“With unemployment on the rise, we must do all we can to create jobs. By expediting renewable energy projects with SB 8X 34, the state can access millions of dollars in federal stimulus funds while creating thousands of new jobs,” said Sen. Padilla, in a press release.

The move to sign the bill came just two days prior to the governor’s Renewable Energy Policy Conference at the University of California, Riverside on March 24. The event brought together environmental and business leaders, the general public, students, and professors, local government officials, and state and federal administrative officials to discuss how to foster improvements in processing, siting, and permitting large-scale sustainability projects.

“I cannot think of a more appropriate place to underscore that renewable energy is not ‘pie in the sky’ than here at the edge of the Mojave Desert where the largest solar plant in the world is generating clean, cost-efficient renewable energy for California communities,” said Secretary Salazar, as he joined the governor in a tour of the solar plant.