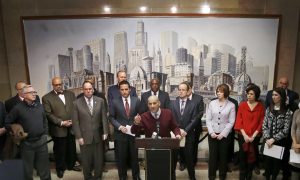 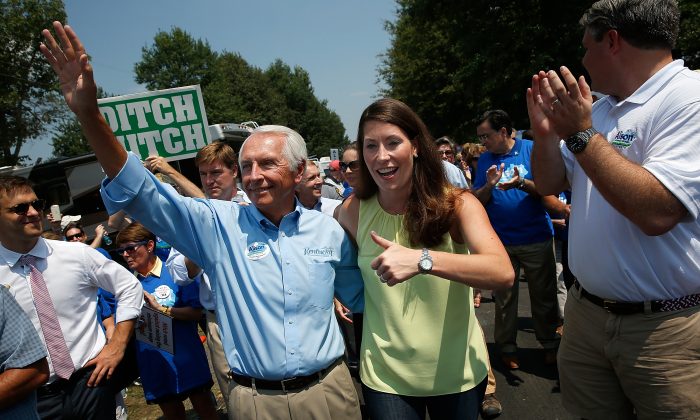 LEXINGTON, Ky.—About 800 state workers in Kentucky will get a raise after Democratic Gov. Steve Beshear decided to increase the minimum wage to $10.10 per hour.

The increase affects only workers in the executive branch of state government and will cost taxpayers about $1.6 million. The current minimum wage is $7.25 per hour. Tipped workers in state parks will be paid $4.90 per hour, up from the current $2.19 per hour. Private companies with state service contracts will have to pay their workers at least $10.10 per hour. But that won’t take effect until the current contracts come up for renewal.

Beshear said about a third of the affected employees work in state nursing homes caring for military veterans. Most of the other affected workers work in behavioral health centers and state parks.

“A raise of less than $3 per hour may be enough for some employees to move off government assistance programs. That empowers workers and lowers costs for taxpayers,” Beshear said in a news release. “Kentucky businesses should follow the example we’re setting as the state’s largest employer and raise the minimum wage for their workers.”

Republicans have responded by passing local laws about their stalled priority: labor unions.

Democrats have been more successful at the local level. Last year, Louisville became the first city in Kentucky—and the first in the South—to raise its minimum wage above the federal level of $7.25 per hour. The Louisville Metro Council voted to gradually increase its minimum wage to $9 an hour for workers inside Jefferson County. Several business groups have sued the city to block the minimum wage increase. That case is pending.

Republicans have responded by passing local laws about their stalled priority: labor unions. Republicans have tried for years to pass a state law banning employers from requiring its workers to join a labor union, but the laws have always been stopped by Democrats in the House of Representatives. Twelve of Kentucky’s 120 counties have passed local “right to work” laws, which are also being challenged in court by labor unions.