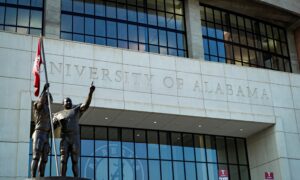 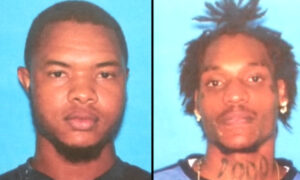 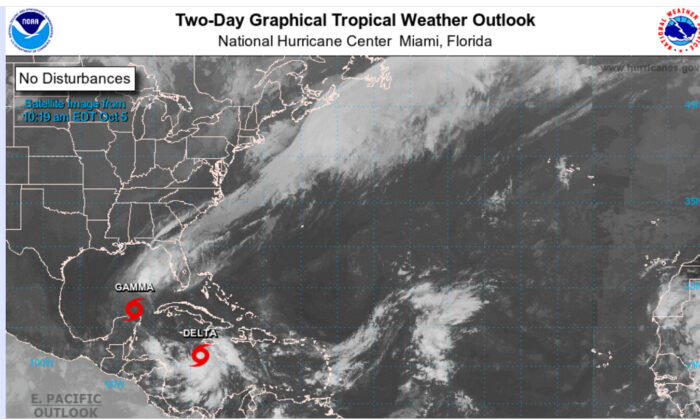 Tropical storm Delta joins Gamma in this image. Delta, a potentially more threatening Tropical Storm formed in the Caribbean, aiming to hit western Cuba and eventually the U.S. Gulf Coast, likely as a hurricane. (Courtesy of NOAA)
US News

Alabama Gov. Kay Ivey declared a State of Emergency in anticipation of Hurricane Delta, which as of Tuesday morning was a Category 4 Hurricane slated to impact the Gulf states.

“As our coastal areas are still recovering from Hurricane Sally, another system, Hurricane Delta, is making its way toward the Gulf Coast and could potentially have a significant impact on Alabama,” Ivey said in a statement.

She added: “Therefore, I signed a State of Emergency to begin Alabama’s preparation process and position us to be able to declare a pre-landfall disaster declaration with FEMA. As residents along the Gulf Coast know all too well, these storms are unpredictable, and I strongly encourage everyone to take Hurricane Delta seriously. We are keeping a close eye on this approaching storm and we will continue providing all necessary updates.”

According to CBS42, the hurricane may impact Baldwin and Mobile counties.

Last month, Ivey, a Republican, issued a state of emergency for Hurricane Sally, which flooded areas of Alabama.

The storm’s winds are forecast to accelerate further and strike Mexico’s Yucatan peninsula on Wednesday as “an extremely dangerous” Category 4 hurricane, the NHC said.

Yucatan officials were evacuating hotels in coastal Cancun and warned residents to stay inside. The storm will reenter the Gulf of Mexico a day later and intensify with winds of up to 140 mph, the NHC said. Delta is expected to hit the U.S. Gulf Coast between Louisiana and Florida by Friday. A U.S. landfall would break a record that dates back to 1916 for the most named storms to hit the United States, another milestone in a year marked by repeated natural disasters including floods, wildfires, and tornados.