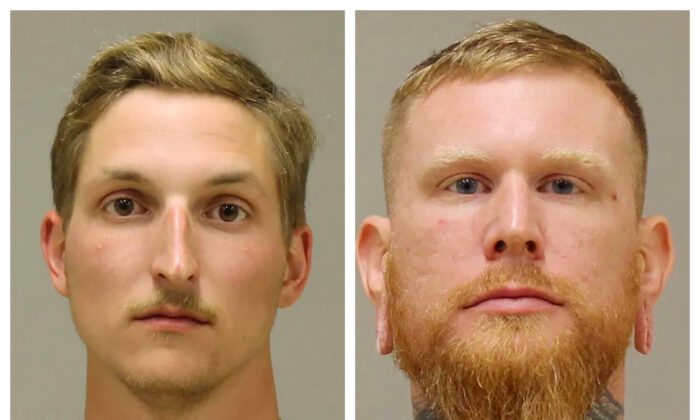 Two men accused of plotting to kidnap Michigan’s governor were acquitted on April 8, and a mistrial was declared for two others after a jury failed to reach a decision.

Daniel Harris and Brandon Caserta were found not guilty of conspiring to kidnap Michigan Gov. Gretchen Whitmer in 2020. Harris also was acquitted of charges related to explosives and a gun.

The jury couldn’t reach verdicts for Adam Fox and Barry Croft Jr., which means that the government can put them on trial again.

Attorneys for Harris and Caserta didn’t respond to requests for comment by press time. Fox’s attorney, Christopher Gibbons, said the acquittals of Harris and Caserta demonstrated the weakness of the government’s case, according to The Associated Press.

“We’ll be ready for another trial. … We’ll eventually get what we wanted out of this, which is the truth and the justice I think Adam [Fox] is entitled to,” Gibbons was quoted as saying.

The collapse of the government’s federal case against the four Wolverine Watchmen followed a nearly month-long trial and five days of jury deliberation.

With at least 12 undercover FBI informants or agents involved in the group, the defendants argued that they were entrapped by federal law enforcement.

The federal trial is separate from a state case involving defendants Joseph Morrison, Pete Musico, and Paul Bellar, who are accused of providing material support to the kidnap plotters. Their trial is set to begin in September.

Whitmer’s office released the following statement on the trial outcome: “Today, Michiganders and Americans—especially our children—are living through the normalization of political violence. The plot to kidnap and kill a governor may seem like an anomaly.

“But we must be honest about what it really is: the result of violent, divisive rhetoric that is all too common across our country. There must be accountability and consequences for those who commit heinous crimes. Without accountability, extremists will be emboldened.”