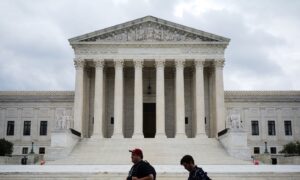 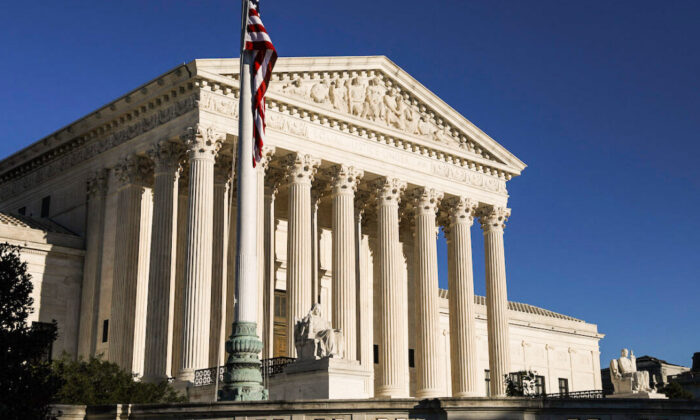 Government workers involved in four separate lawsuits are asking the Supreme Court to compel labor unions to return forced fees illegally seized from their paychecks that they say the unions refused to refund after losing a major case in 2018.

The appeal from a ruling by the U.S. Court of Appeals for the 9th Circuit, Brice v. California Faculty Association, was filed with the Supreme Court last week, a spokesperson for the National Right to Work Legal Defense Foundation told The Epoch Times. As of press time, it didn’t appear to have been docketed yet by the high court.

The cases were all filed with free legal representation from National Right to Work staff attorneys, with two filed in partnership with attorneys at the Freedom Foundation.

The two organizations are optimistic that the lawsuits together could empower thousands of public-sector employees who do not belong to unions to obtain refunds amounting to millions of dollars in union dues seized before the Supreme Court’s landmark 2018 ruling, Janus v. AFSCME. In Janus, the court threw a wrench in how unions finance their operations, overruling Abood v. Detroit Board of Education (1977), which held that public-sector unions could collect forced agency fees from non-members to finance their collective bargaining activities without infringing the First and Fourteenth Amendments.

“For decades, union bosses dipped into the paychecks of many workers who were not union members and used their money to finance activities those workers fiercely opposed,” National Right to Work Legal Defense Foundation President Mark Mix said.

“They continued seizing dues despite workers’ pleas and warnings from the Supreme Court that their actions were likely unconstitutional. Because of the statute of limitations, a ruling in these workers’ favor would only force union bosses to return a small portion of the billions of dollars nationwide they unlawfully stole from public employees’ paychecks.

“The Supreme Court must not allow the lower courts to shield union bosses from accountability for years of violations. The Court should promptly take up these cases, and provide relief to the millions of public sector workers whose rights union bosses callously violated for years,” Mix said.

The petition, filed on behalf of government employees in California and Oregon, combines lawsuits filed by William Hough; a worker at the Santa Clara Valley Transportation Authority; William D. Brice, a professor at California State University, Dominguez Hills; and two suits filed by state employees in Oregon. The litigants argue that legal precedent allows victims of First Amendment violations to sue for damages or restitution and that public sector workers forced to pay union dues in violation of the First Amendment deserve to get the money back.

The Supreme Court has refused to hear several other cases seeking the refund of forced agency fees from unions in the wake of the Janus decision.

The Epoch Times previously reported on one of those cases, Danielson v. Inslee.

Writing for a unanimous three-judge panel in a 20-page decision, Obama appointee Jacqueline H. Nguyen determined the union had collected the agency fees in good faith and shouldn’t have to return them.

The union is “not required to forecast changing winds at the Supreme Court,” she wrote.

“It is true that, under current law, the employees suffered a constitutional wrong for which they may have no viable means of compensation if the good faith defense prevails,” Nguyen wrote.

“Nonetheless, it would not be equitable to order the transfer of funds from one innocent actor to another, particularly where the latter received a benefit from the exchange.”

The Epoch Times reached out to Acting U.S. Solicitor General Brian H. Fletcher, who represents the federal government in proceedings before the Supreme Court, but had not received a reply as of press time.