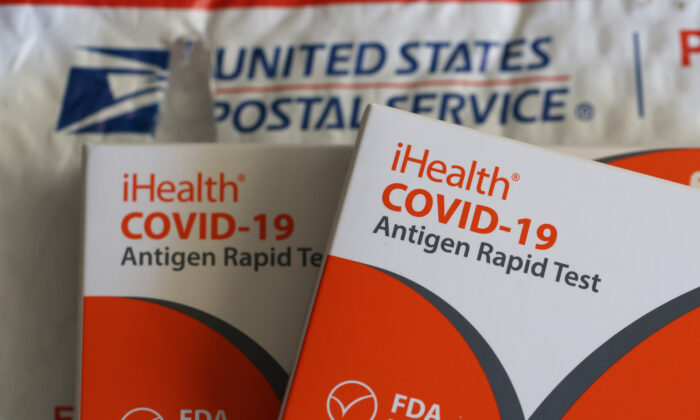 Starting Friday, Sept. 2, Americans will no longer be able to order free at-home COVID-19 tests due to a lack of congressional funding to replenish the nation’s stockpile of tests, the Centers for Disease Control and Prevention said.

A website set up by the government during the Omicron outbreak that helped households secure COVID-19 tests at no cost will be suspended next week because of the need to maintain resources to deal with an expected surge in COVID-19 cases this fall.

In January, amid limited testing capacity after record-breaking levels around the Christmas and New Year holidays, the Biden administration pledged 1 billion free tests to Americans, including 500 million through the USPS, launching a rapid-testing initiative for U.S. households, which are entitled to receive up to 16 free home antigen tests per order as a first phase.

In March, the White House asked Congress for an additional $22.5 billion in funding for COVID-19 relief efforts, warning that it would be unable to sustain testing capacity without it.

Later expanding to a third phase in May, the White House said 350 million tests had been given away to 70 million households, more than half of the households in the country.

Officials have warned for months that without additional funding from Congress, the administration will be forced to scale back its COVID-19 response.

“We have warned that Congressional inaction would force unacceptable tradeoffs and harm our overall COVID-19 preparedness and response-and that the consequences would likely worsen over time,” the White House official told CNN. “Unfortunately, because of the limited funding we have to work with, we have had to make impossible choices about which tools and programs to invest in and which ones we must downsize, pause, or end altogether.”

However, there is a need to maintain resources to deal with the surge in COVID-19 cases this fall in the absence of funding.

Anyone who has not used their allotment can still order them in the coming days online at https://special.usps.com/testkits, or https://www.covid.gov/tests. The tests are free and there are no shipping costs.

With the halting of distribution Friday, free tests are still available at retailers and pharmacies, and insurers are still required to provide or reimburse up to eight tests per month.