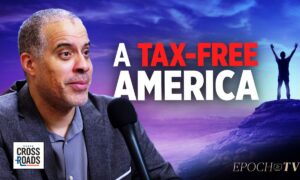 Larry Sharpe: How America Could Be Made a Tax-Free Nation
0
Share Now
TelegramFacebookTweetEmailTellMeWeReddit
Copy Link 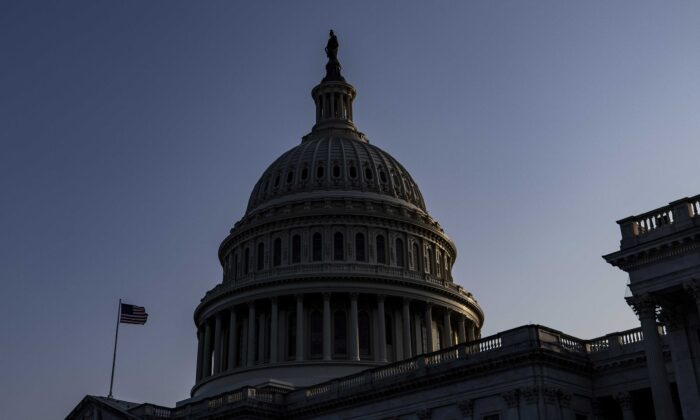 The sun begins to set behind the U.S. Capitol building in Washington on Aug. 8, 2021. (Samuel Corum/Getty Images)
Viewpoints

President Joe Biden keeps boasting that all the new jobs his programs will supposedly create will be “good-paying union jobs.” But, Joe, what about the 93 percent of private-sector workers who are not members of unions? Does he care about them?

The Labor Department reports that in America today, 6.3 percent of all private-sector workers are union members. So more than 10 of 11 private workers aren’t.

The only area where unions are growing in America is in government. Nearly half of government workers, led by teachers, are unionized. And they’re radicalized.

Meanwhile, nearly every policy coming out of the White House gives special-interest privileges for the labor bosses.

Some of these acts are just pure giveaways to big labor as a payback for the hundreds of millions of dollars that organized labor spent to get Biden elected.

Here are some of the sweetheart kisses for the unions, with taxpayers picking up the tab:

First, a new law requiring union workforces on nearly every federal project. Nonunion contractors need not apply. By the way, these rules add up to 20 percent to the cost of every construction and service contract.

In the Green New Deal bill that has already passed in the Senate, there are tax breaks for renewable energy—but only if these projects are unionized.

Another absurdity is the creation of a new provision to make union dues tax-deductible. This will put millions of dollars into the coffers of the unions.

The granddaddy of them all is a provision in the so-called jobs bill that would end “right-to-work” laws in 27 states, which emphasize a worker’s choice to join a union and prevent them from being forced to do so.

This is an audacious power grab by the federal government that would, for the first time in American history, force potentially tens of millions of U.S. workers to join a union against their will. This overturns almost 75 years of labor law that left workers’ rights up to the states.

This will force workers to have money snatched from their paychecks and rerouted to union bank accounts. Workers would also have to contribute to political advocacy efforts by big labor, whether they support the causes and candidates or not. This is anything but “pro-choice.”

Why do Democrats genuflect at the altar of the unions? Because the unions fund Democratic campaigns. For example, in 2020, the public sector unions donated $93 million to candidates, parties, and political groups. More than 90 percent of candidate contributions went to Democrats.

So what we have here is a legal form of Democrats rewarding their donors with federal favors. That’s called “pay to play.” Or graft.

I should make it clear that I am not against workers’ rights to form and join a union for collective bargaining. The right to associate is a basic First Amendment right in America. What I am against is the government forcing people to join unions.

There are good reasons why Americans may not want to join a union. They may not agree with union policies or positions. The highest performers may want to negotiate their own wages and benefits and be paid by their performance.

Or they may be turned off by the rampant corruption in union labor halls, as in embezzlement, racketeering, inflated salaries, and theft. The indispensable website UnionFacts.com has counted 2,100 criminal cases and $156 million in penalties from 2000 to 2019. These bosses aren’t saints.

The combination of big government and big labor is a witch’s brew of misbehavior and corruption. Who ultimately pays the tab? The 93 percent of American private workers who aren’t part of the club.