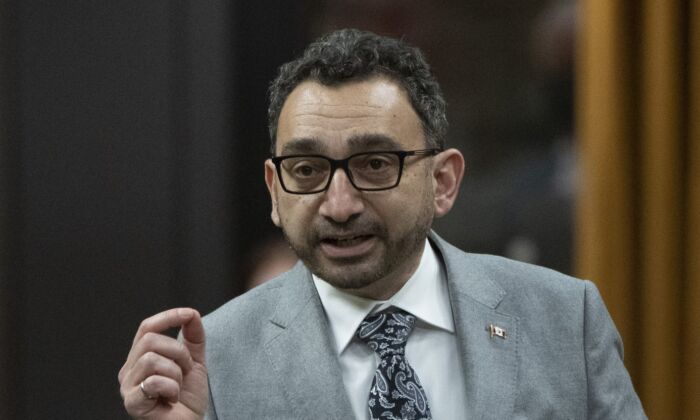 The federal government was not responsible for airport delays, which were instead caused by labour shortages and an influx of Canadians looking to travel after certain COVID-19 travel restrictions were lifted earlier this year, says Transport Minister Omar Alghabra.

“I blame it on COVID,” said Alghabra while appearing before the House of Commons transport committee on the subject of airport delays and cancellations.

“I’ve been consistent since May that labour shortage is the root cause of airport congestion,” Alghabra said, before adding that Canada has “an imbalance between the appetite of people who want to travel and the ability to service those who want to travel.”

In early May, Alghabra was made aware in a briefing note from the Canadian Air Transport Security Authority (CATSA) that airport security across Canada was short-staffed by 25 percent, according to Blacklock’s Reporter, but continued to blame delays and cancellations on increased demand for travel.

“We are seeing that the surge for the demand to travel is putting a lot of pressure on our airports and our security systems,” he said in the House of Commons on May 16.

Travellers at airports across Canada have experienced unprecedented delays and cancellations since the spring. Air Canada was forced to cancel over 15 percent of its flights this summer, which—by the end of August—will have seen 154 flights cancelled daily.

Canada’s airports and airlines were also ranked the worst in the world in terms of delays and cancellations in early July, according to data from the flight tracking service FlightAware.

However, Alghabra told the transport committee that the delays are “not just unique to Canada.”

“We are seeing similar phenomena at many major airports around the world, from Heathrow to Amsterdam, to many U.S. airports, to Dublin, and the list goes on,” Alghabra said.

“This is an international phenomen[on] and, again, at the heart of it is the surge in demand after two years of a significant reduction and layoffs that the industry is facing,” he said.

Kelsey MacTavish, CATSA senior director of operations, said during testimony before the Standing Senate Committee on National Finance on June 7 that thousands of airport security officers were laid off during the pandemic and that CATSA is still in the process of hiring and training replacements.

The Canadian Press and Isaac Teo contributed to this report.