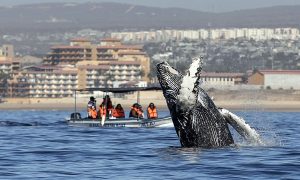 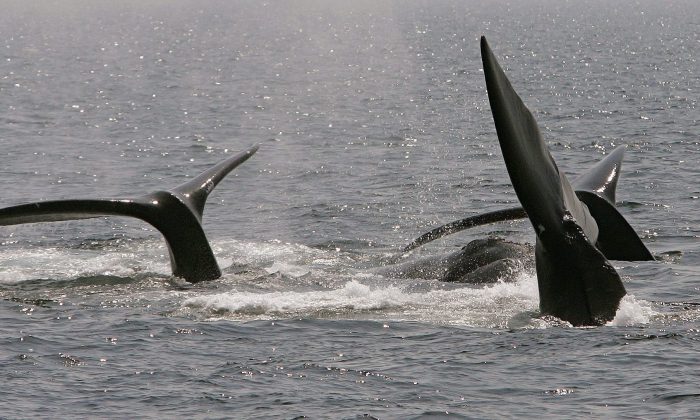 OTTAWA—The federal government has lifted speed restrictions meant to protect North Atlantic right whales in the Gulf of St. Lawrence after finding that the policy may have been pushing ships closer to the endangered mammals.

There weren’t any whales in the shipping lanes where speed had been reduced, Transport Canada announced Friday, adding that the lower speed limit had driven cargo ships out of the lanes so they could take more driect routes through areas where the animals are known to gather.

The agency said it hopes that raising the speed limit will push ships back into the lanes.

“Although we are allowing vessels to transit at safe operating speeds in the designated shipping lanes, if even one North Atlantic right whale is spotted, we will immediately implement another slowdown,” Transport Minister Marc Garneau said in a written statement issued Friday.

Transport Canada said it came to the decision after its aerial surveillance team spent 240 hours flying over the gulf over the past month, scouring the waters for whales.

The speed restrictions were initially introduced in April and expanded in area in June and July as a growing number of whales were found dead or dying.

So far in 2019, eight right whales have died in Canadian waters—the worst death toll since 2017 when 12 of the species were found dead in Canada and five others died in the United States.

But one expert said the reversed policy could be a misstep on the government’s part.

“It is definitely a tough situation and they need to be attentive to the fact that trying to cut these regulations too close to the wire could—well, it’s like playing with fire. How close can you get your hand to the stove before you get burned?” said Sean Brillant, a senior conservation biologist for the Canadian Wildlife Federation.

“And they may end up getting burned.”

The last time a right whale was spotted in one of the designated shipping zones was May 17 and a 15-day slowdown period was immediately issued, according to Transport Canada.

But Brillant said the fact that the government didn’t see whales in the shipping lanes while they were out doesn’t mean the whales aren’t there.

“I don’t think it’s a precautionary decision. I understand sort of why they’re doing it, but it’s certainly not precautionary … I am worried that they’re sort of pushing the limit a little bit,” Brillant said, adding that he doesn’t know what the solution is right now.