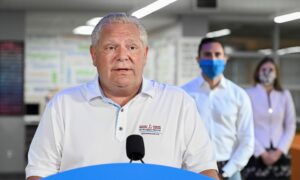 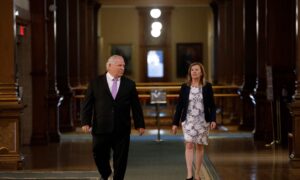 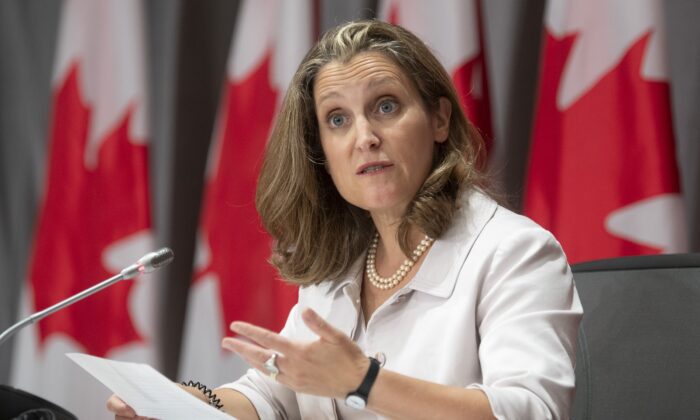 Deputy Prime Minister and Minister of Finance Chrystia Freeland responds to a question during a news conference in Ottawa on Aug. 20, 2020. (The Canadian Press/Adrian Wyld)
Canada

The Canada Emergency Response Benefit (CERB) has been extended for an additional four weeks.

The program, which gives financial support to Canadians who had stopped working due to the pandemic lockdown, will now be in place until Sept. 27, extended from six months to 28 weeks. People who are eligible can receive $500 a week.

Starting on Sept. 27, rules for receiving unemployment insurance will be broadened to cover more self-employed and contract workers not currently eligible.

Deputy Prime Minister Chrystia Freeland, who recently took over as minister of finance, announced that there will also be three new temporary benefits. However, these new programs depend on the government adopting a new bill, which can’t happen until Sept. 23 as Parliament has been prorogued.

The new benefits are for those whose CERB benefits will run out and who are not eligible for EI, and include paid sick leave and a child support subsidy for those forced to stay home with their children because their school or daycare has closed.

The new benefits, whose purpose is to assist people as the economy gradually reopens, is expected to cost $37 billion.

CERB, which is being jointly delivered by Service Canada and the Canada Revenue Agency, has paid out more than $69 billion to more than 8 million Canadians.