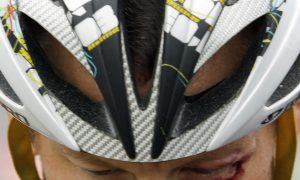 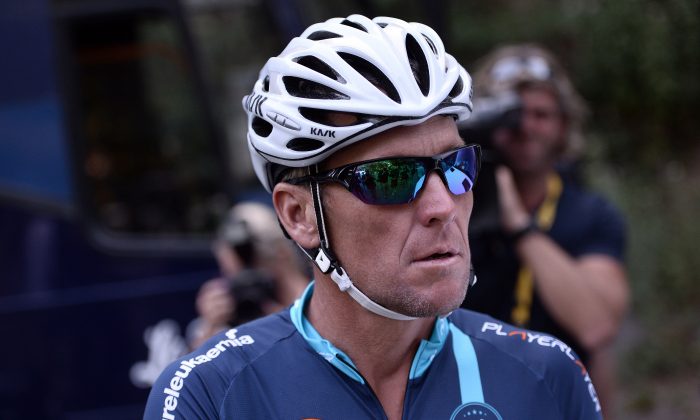 Lance Armstrong gets ready in Rodez, southwest France, prior to ride a stage of The Tour De France for a leukaemia charity, a day ahead of the competing riders, on July 17, 2015. For the first time since he was stripped of his seven Tour de France titles, Armstrong rode a stage of the famous race for charity. (Stephane De Sakutin/AFP/Getty Images)
Cycling

AUSTIN, Texas—The federal government says it wants Lance Armstrong’s medical records from his 1996 cancer treatments because they could prove just how far he was willing to go to conceal performance-enhancing drug use from the public and his sponsors.

The former cyclist is vigorously fighting release of his medical records from the Indiana University School of Medicine as part of a whistleblower lawsuit in which the government wants to recover more than $30 million in sponsorship that the U.S. Postal Service paid Armstrong and his teams. Penalties could reach as high as $100 million.

Despite his admissions publicly and under oath to using steroids and other drugs as far back as 1993, the government is still pursuing a key allegation that had dogged Armstrong for years: whether he told doctors in 1996 that he was using a host of performance-enhancing drugs and later sought to bury any evidence of the conversation through lawsuits, threats, and charitable donations.

Armstrong’s efforts to “blunt this allegation … were critical to hiding the truth of his doping from, among others, the United States Postal Service,” the government said in documents filed last week in a Washington, D.C., court.

Armstrong’s lawyers have asked Judge Christopher Cooper to dismiss a subpoena for records, calling it “harassment” and an invasion of privacy because Armstrong admits to doping to win the Tour de France seven times. Cooper could rule on the records this week.

In its arguments to get the hospital records, the government questions whether they could contradict a 2005 sworn statement from Dr. Craig Nichols, one of Armstrong’s physicians, who said there was no record of performance-enhancing drug use.

The government notes the doctor’s affidavit contradicts sworn statements from Armstrong’s former teammate, Frankie Andreu, and his wife, Betsy Andreu, who said they were in Armstrong’s hospital room and heard him admit drug use.

The doctor’s statement said he monitored Armstrong’s blood levels from 1997 to 2001 and found “nothing irregular,” specifically no use of the blood booster EPO. As an expert in using EPO to treat cancer patients, Nichols said he would likely have noticed it in his system.

But Armstrong admitted under oath last month that he used EPO during that time.

Armstrong for years denied the hospital room conversation took place. He now says he doesn’t recall because it was two days after surgery to remove tumors from his brain.

The government has also subpoenaed records of donations to the medical school from the Livestrong charity. Government lawyers note Livestrong gave $1.5 million to the school two days after witnesses first testified to the alleged hospital room conversation. Nichols is a former Livestrong board member.

Armstrong says the donation was made to honor Dr. Larry Einhorn, another doctor who devised the treatments that saved Armstrong’s life.

In a separate but related case, Armstrong’s lawyers will be in a Dallas court later this week asking a judge to dismiss a $10 million sanction against Armstrong related to a 2005 lawsuit that first raised the issue of the hospital room conversation.