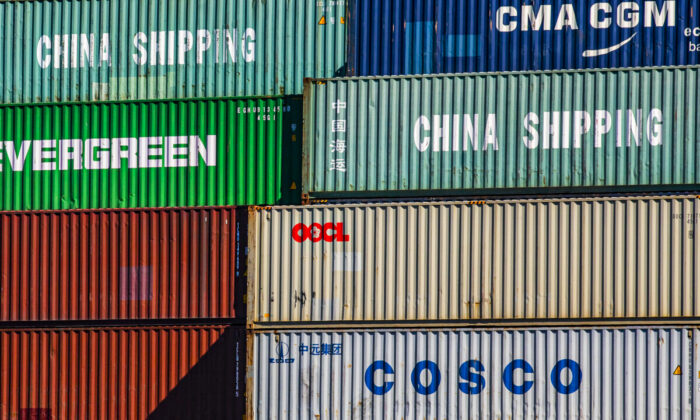 The Department of Defense has contracted for its suppliers to buy American-made materials or materials manufactured in specified allied countries, such as South Korea. However, through a settlement, two companies have agreed to jointly pay $904,000 to the federal government to resolve allegations that they provided the Pentagon with shipping containers made in China and/or made from Chinese steel, in violation of the False Claims Act.

The companies, SoNo International LLC and Ark Capital Equipment LLC allegedly had a third-party company change the identifying plates on 100 shipping containers made in China to make them appear as if they were made in South Korea. In other contracts, SoNo’s supplier used Chinese steel, and SoNo and Ark allegedly failed to detect the deception before providing those containers to the U.S. military, according to a statement from U.S. Attorney Jennifer Arbittier Williams.

SoNo and Ark have signed an administrative agreement with the Defense Logistics Agency that calls for better training and reporting in connection with government procurement.

The third-party company that physically switched the plates has reached a separate agreement with the United States, providing that it will train its employees to comply with customs rules and regulations and improve their awareness of buying American goods.

The Pentagon had awarded SoNo, of Weston, Connecticut, seven contracts between 2020 and 2022, totaling over $10 million.

While Ark Capital Equipment of Staten Island, New York, shows no record of contracts on its own, the company did receive a $21,190 loan from the Small Business Administration’s Office of Capital Access in June 2020, as part of the Paycheck Protection Program established by the CARES [Coronavirus Aid, Relief, and Economic Security] Act, according to government contract records.

The claims resolved by the settlement are allegations only; there has been no determination of liability.

“Americans have the right to know that their tax dollars are being spent to support American jobs and American policies,” Williams said in a statement. “When the Department of Defense purchased this material for our warfighters, SoNo agreed to acquire material from and support manufacturers in America or our allied nations.

“The United States Attorney’s Office is ready to investigate and punish contractors who do not follow these clear rules.”