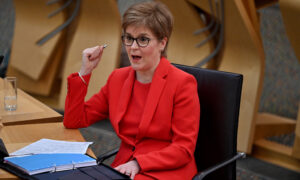 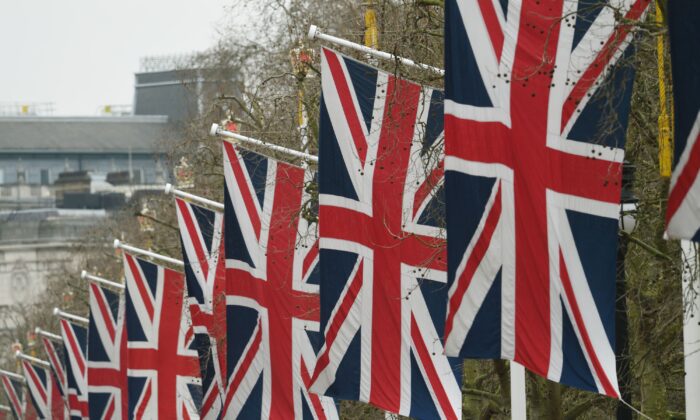 The Government has supported a campaign by a former police officer which aims to instil pride in Britain through a celebratory day this week.

One Britain One Nation (OBON) Day is due to be celebrated in schools on Friday through the singing of a patriotic song, after the campaign was founded by retired police inspector Kash Singh.

Singh said the concept was “born from my dream as a police officer” after coming to the UK as a six-year-old boy who “couldn’t speak a word of English.”

He said he set up the campaign in Bradford, West Yorkshire, in 2013 after retiring from the police force in 2012.

Singh told Times Radio: “We started the concept in Bradford and West Yorkshire, and it’s been very, very successful indeed, so what we want to look at is taking it across the nation.

“This country is a brilliant country. I came to this country as a six-year-old kid who couldn’t speak a word of English. My parents were labourers, they worked in a factory and foundry, and there are fantastic people in this country.

“One of the things that was missing for me was what we need to do, is we need an organisation that the people of this country can align themselves to, to showcase their passion, pride, and love for this great nation.

“I think we need to celebrate that and create this spirit of oneness and togetherness, and showcase that we’re all one people of this country regardless of where you’re from.”

The Department for Education (DfE) said it is encouraging schools across the UK to celebrate OBON Day on Friday, so “children can learn about our shared values of kindness, pride, and respect.”

However, the idea has been derided by one of the Conservative Party’s own MPs, Caroline Nokes.

The MP for Romsey and Southampton North retweeted a preview of the OBON song saying: “I can’t unhear this (however fervently I wish I could).”

Meanwhile, actress Joanna Lumley has expressed strong support for the organisation, according to the OBON website.

In a statement on the site, she said: “The aims and aspirations of OBON are extremely impressive and timely.

“I wish the project all the success it so richly deserves and I support its vision of one nation with all my heart.”

The OBON website describes its vision as to “create a strong, fair, harmonious and a proud British Nation, celebrating patriotism and respect for all our people.”

Scotland’s First Minister Nicola Sturgeon said she first assumed the UK Government’s backing for the idea was a “spoof” when she saw it on social media.

Speaking after meeting with EU citizens living in Scotland and organisations supporting people to apply for settled status to remain in the UK, she said: “I’m trying to imagine the outrage there would be if the Scottish Government was insisting or even encouraging Scottish school kids to sing some song about how great Scotland is.

“People would be–and rightly so–up in arms about it.

“It’s ludicrous and it perhaps says everything about the disinterest the UK Government has in Scotland that they’re asking this to happen on the day Scottish schools go off on their holiday.

“Every aspect of it is ludicrous and I think it says sadly so much that we know about the misguided priorities, the hypocrisy, and just the ridiculous nature of a lot of what this UK Government is doing.

“Meanwhile, EU citizens that have been here for most of their lives and are working so hard to help make the country what it is are having to jump through hoops to stay here.”