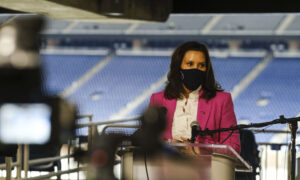 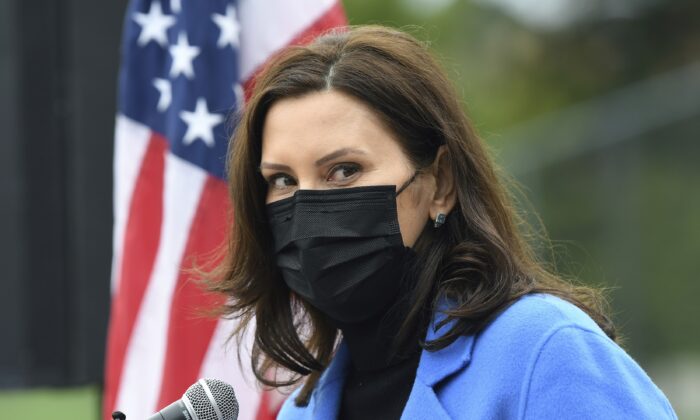 One measure, HB 4728, would ban the state health department or local health officials from issuing orders that restricted high school graduation ceremonies this spring and summer.

The second, HB 4448, would prevent the state from extending deadlines during a declared emergency for providing records in responses to requests made under the Michigan Freedom of Information Act, along with making requiring additional compliance with records law during a crisis.

Whitmer called the graduation bill “a solution in search of a problem, while arguing the records measure would “constrain the governor’s ability to protect the people of Michigan.”

“Rather than sending me half-baked and punchless legislation like HB 4728, I encourage the Legislature to join me in eradicating this pandemic and making transformational investments in our economy,” Whitmer wrote in one veto letter.

“With federal relief funds headed our way and higher state revenues than expected, together we can create tens of thousands of good-paying jobs, build up our crumbling infrastructure, support our kids and schools and get back to a new normal as a stronger, more resilient state.”

The graduation bill passed the Senate on May 18, just two days before Whitmer announced the state would roll back all outdoor pandemic restrictions on June 1. The same announcement moved indoor capacity restrictions at all facilities to 50 percent, changes the governor noted in her veto letter.

In theory, these changes mean high school graduation ceremonies can occur with few limitations. But events planned for large schools in relatively smaller facilities may still run into capacity limitations.

A House Fiscal Agency analysis of the FOIA measure indicated supporters believe the bill ensures the timely release of information crucial to a community during an emergency.

“Some feel that the timely access to public information could reduce the proliferation of conspiracy theories by continuing the ability of the free press, watchdog groups, and citizens to provide oversight and monitor how a state or local governmental entity conducts itself during an emergency,” the analysis states.

“The bill would ensure that, just because something out of the ordinary is occurring, the public’s right to public documents would not be infringed upon without good cause.”

In her letter, Whitmer suggested the bill is a response to an executive order issued last spring.

“This order was designed to protect the lives of public officials tasked with responding to FOIA requests during the first surge—an exceptionally frightening and uncertain moment in Michigan’s history,” Whitmer said.

“(The executive order) was limited in scope and did not change FOIA’s core requirement that public bodies respond to FOIA requests in a timely manner.”

While the graduation bill passed with essentially only GOP support, the FOIA measure received 98 votes in the House. In theory, that’s more than enough to override her veto in the lower chamber, but the margin of passage in the Senate makes a complete override a challenge.