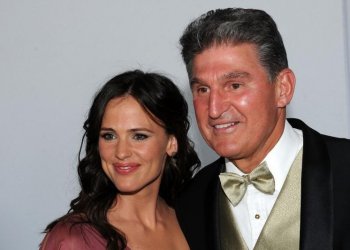 West Virginia Governor Joe Manchin and actress Jennifer Garner attend the grand opening of the Casino Club at The Greenbrier Resort on July 2 in White Sulphur Springs, W. Va. The widely popular governor came to easy victory on Saturday for the Democratic (Bryan Bedder/Getty Images)
US

They will compete at the Nov. 2 general election to replace the late Sen. Robert Byrd, who died in June at 92 after serving a record breaking nine terms between 1959 and 2010.

Machin, 63, topped the list with 65,293 or 46 percent of the vote, while the 60-year-old Raese received 37,573 or 26 perent of the vote, according to unofficial results released by Natalie Tennant, West Virginia’s secretary of state.

Democrat Ken Hechler, a 95-year-old former congressman and secretary of state, came in third with 15,619 votes.

Raese lost to Byrd in the 2006 West Virginia Senate race.