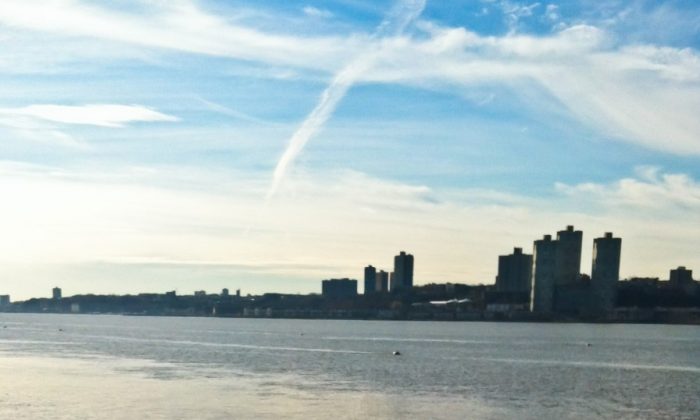 An outrigger canoe paddler heads down the Hudson River during the summer. (Charlotte Cuthbertson/The Epoch Times)
US

NEW YORK—Sewage treatment plants are now required to notify the public of any raw sewage overflows within 24 hours, according to a law Gov. Andrew Cuomo signed Sunday.

The Sewage Pollution Right To Know Act, introduced by Sen. Mark Grisanti, was passed in the Senate in June.

“This law will ensure that the water people use for both recreational and commercial activities will not be threatened by bacteria, toxins, or chemicals due to the spillage of raw sewage,” Grisanti said in a statement. “When accidents do occur prompt notification and swift action for cleanup must happen.”

Reports with specific information will also have to be submitted to the New York State Department of Health and the Department of Environmental Conservation in a timely manner.

Every year 1.8 million to 3.5 million Americans become ill from contact with water contaminated by sewage, according to the Environmental Protection Agency.

Last week, Westchester County issued a public notice of a large sewage leak into the Hudson River by Tarrytown, which occurred just before New York hosted its first Ironman U.S. Championship Triathlon. The race went ahead as planned.