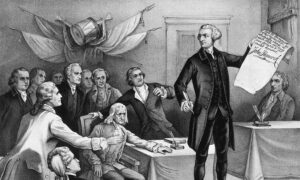 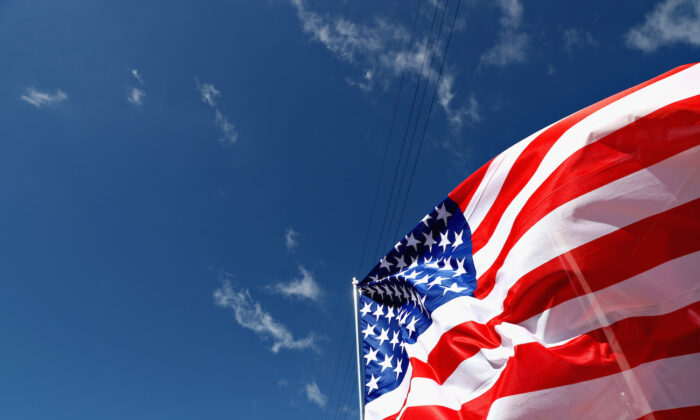 Texas Gov. Greg Abbott on Monday signed into law a bill that promotes education focusing on the history and values of the Lone Star Republic.

The bill, HB 2497 (pdf), establishes the 1836 Project, an advisory committee designed to “promote patriotic education and increase awareness of the Texas values that continue to stimulate boundless prosperity across this state.”

“To keep Texas the best state in the nation, we can never forget WHY our state is so exceptional. I signed a law establishing the 1836 project, which promotes patriotic education & ensures future generations understand TX values. Together, we’ll keep our rich history alive,” the Republican governor said in a statement on Twitter shortly after signing the measure into law.

Republican state lawmaker Tan Parker filed the legislation in March. The 1836 Project is titled after the year the state gained independence from neighboring Mexico.

The bill’s “patriotic education” includes the presentation of the history of the state’s founding and foundational principles, examination of how the state has grown closer to those principles throughout history, and an exploration of why commitment to those principles has been seen to provide benefit to Texan communities.

The nine-person advisory committee will also focus on raising awareness about major historical events that shaped the state, such as the Texas Revolution of 1836, the annexation of Texas by the United States, and Juneteenth, which marks the abolition of slavery across the state.

In addition, the 1836 Committee will be tasked to advise state agencies on how to ensure “patriotic education is provided to the public” at state parks, museums, historical landmarks, and other places important to the founding of Republic of Texas, and later, the U.S. state of Texas.

According to the language of the bill, three members are to be appointed by Abbott, the lieutenant governor, and the state House speaker. The governor will also be appointing a presiding officer to convene regular meetings, and coordinate and direct project activities, the bill states.

Any “newcomer to Texas” who obtains a driver’s license will also receive a pamphlet that “outlines all of Texas’ rich history as well as the principles that make Texas … Texas,” Abbott said in a video message on Twitter.

Funding and administrative support for the 1836 Project will be provided by Texas Education Agency.

In total, it is expected to cost around $2.3 million, and will go into effect on Sept. 1.