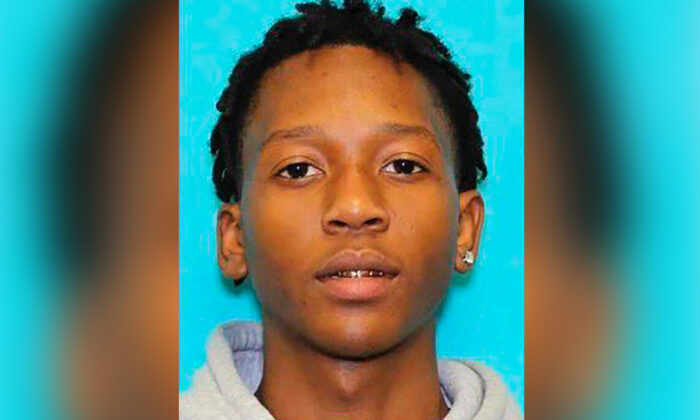 Gov. Greg Abbott responded to a mass shooting at a school in Arlington, Texas, on Wednesday, saying the alleged gunman possessed the gun illegally.

Timothy George Simpkins, an 18-year-old student at Timberview High School in Arlington, was charged with three counts of aggravated assault with a deadly weapon. He turned himself in to police hours after the incident unfolded, police said.

Three of the four victims were hospitalized, including a 15-year-old boy in critical condition, a 25-year-old man who was shot and is in good condition, and a teenage girl who suffered minor injuries and has since been released, officials said.

Abbott, a Republican, addressed the shooting Wednesday while police were still searching for Simpkins.

Abbott told reporters that “under Texas law, it is illegal for the shooter to possess or have purchased the gun that was used in … [the] crime,” before saying that the shooter possessed the gun “illegally.”

It came as some Democrat elected officials attempted to link Abbott and his administration to the shooting.

“GOP Lt. Gov. Dan Patrick on every problem has failed Texas and made things worse,” Matthew Dowd, who is seeking the Democratic nomination for lieutenant governor, wrote on Twitter. “After mass shootings he made gun violence more likely.”

Several Democrat state lawmakers also alleged that Republicans in the state Legislature supported laws relaxing gun-control measures, including one that took effect last month that allows Texans to carry handguns without a license.

In his statement, Patrick remarked: “Texans are heartbroken and outraged by news of the shooting at Timberview High School in Arlington. Please join Jan and me in praying for all the victims to make a full recovery, and for their families and friends. Please also join us in prayer for our brave law enforcement officers who put their lives on the line to protect us every day.”

Abbott also released a statement, saying that “our hearts go out to the victims of this senseless act of violence.”

“Thank you to the law enforcement officers and first responders who arrived on the scene to help the victims and prevent further violence,” he said. “I have spoken with the mayor of Arlington and offered any assistance the state can provide, and I have directed the Texas Department of Public Safety to make state resources available to help bring the criminal to justice.”

Meanwhile, a family member of Simpkins wrote that the teen “was bullied” at the school.

“I don’t know to feel about this he not no bad kid,” wrote his cousin, Clint Wheat, on Facebook, according to the New York Post. Another relative, Carol Harrison-Lafayette, alleged that Simpkins was robbed twice at the high school, according to the Dallas Morning News.