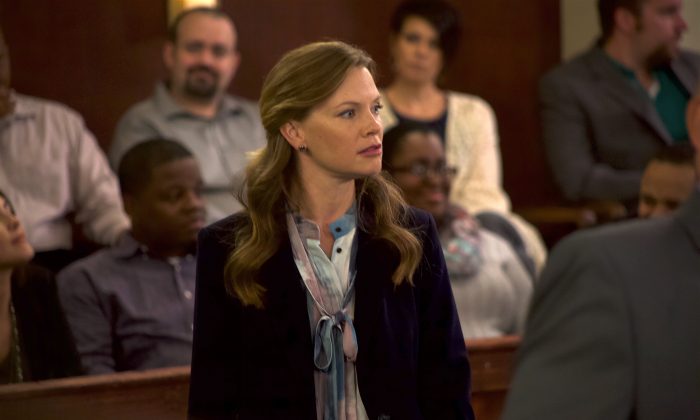 ‘Gosnell’ Director: Not a Sermon, Just a Good Movie

The film “Gosnell: The Trial of America’s Biggest Serial Killer” opened in theaters on Oct. 12, and director Nick Searcy has already received feedback from audience members.

“People have written me from all over the country,” he told The Epoch Times. “How moving they thought the film was and how fair it was and how responsibly it addressed the issue without shocking people with gore or horror, and that’s been very gratifying.”

The film tells the story of Dr. Kermit Gosnell from the Philadelphia area, who was found guilty in 2013 of delivering babies alive, then killing them after they were born in his abortion clinic.

Gosnell was also convicted of involuntary manslaughter for the death of a woman in his care.

“This case is about a doctor who killed babies and endangered women. What we mean is that he regularly and illegally delivered live, viable, babies in the third trimester of pregnancy—and then murdered these newborns by severing their spinal cords with scissors,” according to the grand jury report.

The movie was funded by an Indiegogo campaign in 2014 by Ann and Phelim Media, which raised nearly $2.4 million out of a $2.1 million budget.

See the true, unbelievable story of the heroes who captured a monster. See GOSNELL in theaters October 12th. #GosnellMovie pic.twitter.com/nWw5YxBL06

Searcy remembered hearing a little about Gosnell in the news during the doctor’s trial, but he was still not prepared for the first time he read the script for the film.

“I was just shocked by how much information was in the script that I didn’t know. I didn’t know what illegal abortion was. … I thought this is very important, and people should have this, and I want to get it out there.”

The film has been criticized by some for supposedly vilifying legal abortion and possibly exaggerating the role of Gosnell as America’s biggest serial killer.

However, Searcy said the movie tells a unique story that he thought was underreported, and it’s accessible to anyone. He never wanted to make a movie that told people how to think.

“What we tried to do with the movie is make something that both sides of the issue could see and benefit from. I’m not so concerned what their conclusions are about it. I just want them to take that information and then they can use it however they wish,” he said.

“I don’t imagine that there’s anybody that’s in favor of what Dr. Gosnell did.”

Searcy said the fact that the story was developed into a narrative film instead of a documentary helps provide a more emotionally authentic experience for the audience.

“It’s a really good movie. It works on that level. It works as a movie. That was very important to me. I didn’t want to make something that was just a sermon, and this is not that,” he said.

Searcy has only directed one other movie in his career, but he’s known for his acting roles in television series such as “Justified,” as well as the Oscar-nominated film “3 Billboards Outside Ebbing, Missouri,” and Best Picture winner “The Shape of Water.”