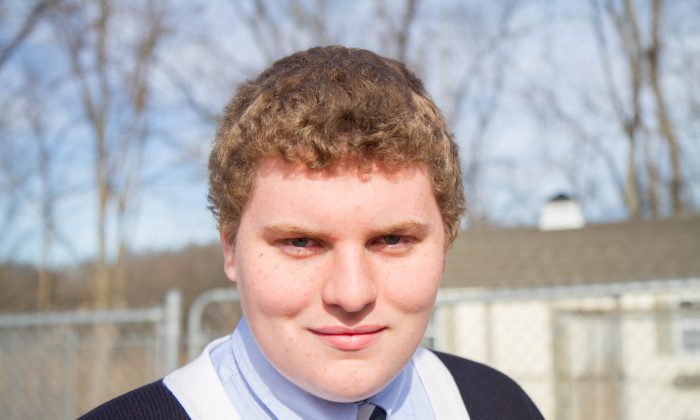 GOSHEN—In a right of passage for Boy Scouts who become Eagle Scouts, Goshen resident John Mullooly is fundraising $1,650 through a GoFundMe campaign to build dog shelters at the Goshen Humane Society.

John, a junior at Burke Catholic High School in Goshen, said he chose the Humane Society because of his love for animals and after looking at the needs of the shelter.

“I noticed out there, specifically during the summer and winter months, they don’t have that much cover from the elements, so that’s where we got the idea to make a shelter so they could actually enjoy being outside when the weather is not perfect,” he said, gesturing towards the dog runs on the north side of the building.

I noticed out there, specifically during the summer and winter months, they don’t have that much cover.
— John Mullooly, Goshen Boy Scout, Troop 62

The shelter, located behind the Town of Goshen Highway Department and police station has the capacity to hold 12 dogs, said Humane Society Employee Nicole Stevens.

He will start with two shelters, each eight feet tall at their highest point with slanted roofs and three, four-foot wide walls that are only four feet high to provide cover, but enough open air “so they can lay in there and enjoy the environment,” John said.

The dog runs currently have plastic dog houses, but when the weather is really bad, Jan Mueller, a three-year volunteer at the Humane Society, said they still have to bring the dogs inside.

“We’re thrilled,” she said. ‘They can be out a little bit longer [if they have a shelter], they don’t have to worry about the elements.”

John’s mother, Lori Mullooly, said he specifically wanted to do a project that would be there when he went to college.

John, with the help of his father who is an engineer, came up with the design and figured out what materials they would need and how much they would cost.

Any money left over from his GoFundMe campaign, he said, will be donated to the Goshen Humane Society.

The goal of the project is to teach leadership skills, so once the project is fully funded, John will lead a group of volunteers from his Boy Scout Troop (Number 62), and the community to build the shelters. A project like this, conceived and executed by the scout to benefit his community, is a requirement to achieve Eagle Scout, the highest rank a Boy Scout can achieve.

If his GoFundMe campaign, which is about $500 short of his goal, is successful, he would like to start work in April.

John started as a Cub Scout in Connecticut when he was 7 years old and has been  involved with Scout troops since then, both around the United States and abroad. The picture of him folding an American flag on his GoFundMe page was taken in Kiev, Ukraine at the American embassy.

Once he turns 18 (he is 17 now), he can no longer be a Boy Scout, but he said he hopes to stay involved with the Boy Scouts as an Eagle Scout.

“I really enjoy it,” he said. “I would recommend it to other people.”

He would also recommend the Goshen Humane Society. His black lab named Pepper was a drop-off  at his home in Oklahoma where he lived before he moved to Goshen.

“If it does come to getting another animal, it will definitely be from the Goshen Humane Society,” John said.