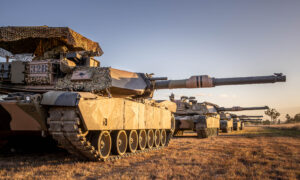 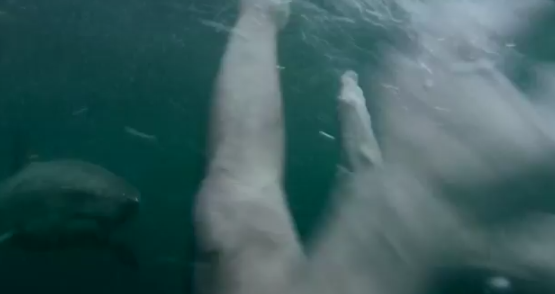 A video filmed with GoPro appears to show a man fighting off a great white shark in Sydney Harbour in Australia.

The video shows a man walking outside a railing and leaping into the water off a rock.

He then swims underwater but meets the shark.

The shark comes at him as the man frantically swims away, and then he tries to bat at it, somehow succeeding in not becoming its prey.

It’s unclear when the video was taken.

The man who uploaded the video, Terry Tufferson, says that it was a “close call.”

Viewers were unsure about the footage, which was blowing up online.

“If this real, This is an awesome video both being cool footage but also showing Sharks aren’t as evil as most people make em out to be and have no real interest in eating us,” one person said.

“However it is truly hard to believe this is real mostly for the scream underwater, Of course i’m not saying you wouldn’t scream but just something about it seemed really well.. Unnatural.”

“Thats stock standard footage of a shark. lol. Good editing though,” added another.