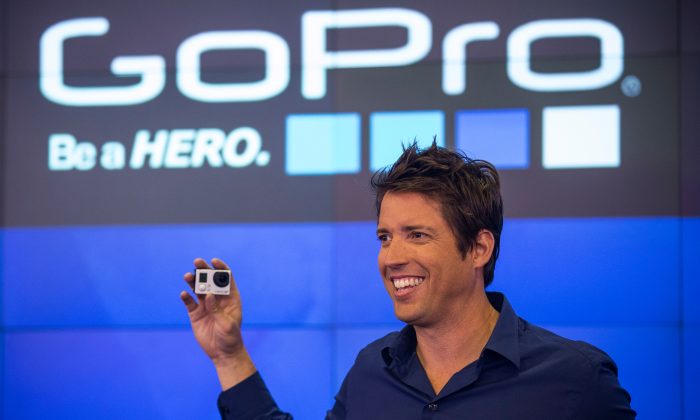 Another week, another hot IPO. Those old enough will be reminded of the good old days in 1999 and 2000. Snap up a couple of shares before the stock starts trading and you could double your money.

GoPro Inc. shares only went up 31 percent on its first day of trading, still a sizeable increase for those lucky enough to snap up a few shares of the 17.8 million shares on offer. After the jump, the company is now worth $3.95 billion.

This is actually rather modest, given the slew of IPOs recently where the companies don’t even make money. As of March, 74 percent of IPOs lost money, according to a survey by Sentiment Trader.

The company has been around for 10 years; it had revenues of $986 million in 2013 and logged a net profit of $11 million in the last quarter that ended March 31, 2014. It is also the dominant player in the performance video camera industry.

Nonetheless, like everything today, the stock is not cheap.

Taking 2013 numbers, it trades at a price sales ratio of roughly four, which is not exactly cheap, but revenues have roughly doubled every year since 2011.

On a price-earnings basis, it becomes even more expensive (66 x 2013 earnings) and earnings growth has recently slowed down.

So the company is solid but it still sells the investor a dream: High double-digit revenue growth through hardware sales and the bold plan of monetizing video content.

And bold dreams, documented by 2000 IPO wreckages such as eToys.com and Pets.com are dangerous—if they come with a hefty price tag.