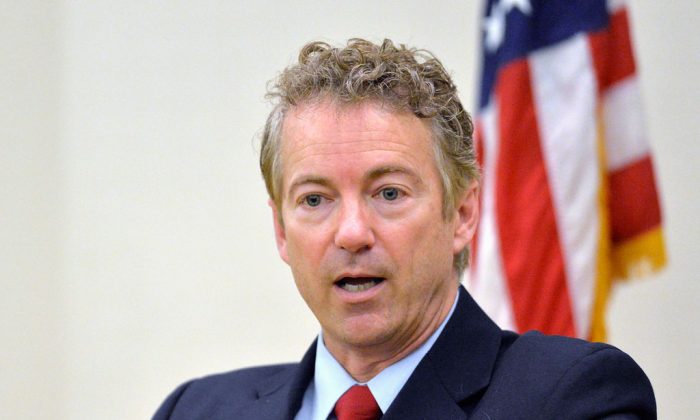 Three Republican senators are launching an oversight investigation to determine why measures to bar foreign influences on the hundreds of millions of tax dollars awarded annually by the National Science Foundation (NSF) have not been implemented.

The senators—Rand Paul of Kentucky, Ted Cruz of Texas, and Richard Burr of North Carolina—also want answers on NSF grants in recent years that appear to be intended to favor ideological interest groups in American public policy.

Paul and Cruz are likely to be in influential positions next year if Republicans regain the Senate majority in November’s mid-term elections. Burr is retiring at the end of his present term and will not be in the Senate in 2023.

“We have a growing concern that tens of millions of dollars have and continue to be spent on studies of questionable value. While not all of these studies are obvious wastes of taxpayer dollars, many still raise major concerns about the importance of your agency’s mission,” the senators told NSF Director Sethuraman Panchanathan in a letter made public on July 29.

“These concerns are compounded when NSF funds research projects with a particular political bent,” the Senators continued. “While NSF enjoys independent status in order to protect the agency’s scientific mission, grants such as these call into question the NSF’s impartiality and whether the agency considers it is appropriate to fund projects leveraged for political advocacy.”

The senators warned Panchanathan that they will have many more questions in addition to those posed by the letter because “we live in a time where most Americans are trying to make ends meet to put food on the table and gas in the cars, meanwhile our government agencies seem to be spending money frivolously on a wish list of special interest research projects.”

A spokesman for the NSF did not respond to The Epoch Times’ request for comment on the letter.

At the center of the lengthy letter is the senators’ desire to know why NSF apparently has not implemented Government Accounting Office (GAO) recommendations in a 2020 report for preventing conflicts of interest in both foreign and domestic grant recipients.

The senators also pointed to multiple examples of grants they believe display evidence of being intended to boost political special interests, including a $650,000 grant in 2016 “to study whether undergraduate programs based on social justice ideas advance students’ understanding of Science, Technology, Engineering, and Mathematics (STEM) courses.”

In a 2017 grant, according to the senators, NSF awarded $50,000 for a study to understand “the sources for the resurgent conflict between Russia and the United States.” The senators want to know what, if any, safeguards NSF has to ensure the grant is free of foreign influence. They also want to know if the five-year grant is continuing even though it’s end-date was June 2020.

Other questions the senators posed to the NSF chief included whether the agency has any procedures in place to make certain a grant funded by U.S. taxpayers “will not benefit foreign adversaries,” if there are specific countries that are prevented from receiving grants, and “does the agency have any policies against funding research in conjunction with foreign entities of concern like the People’s Liberation Army?”

The letter to Panchanathan concluded by noting that “on June 30, 2021, you received a set of letters with questions about outstanding recommendations made by the [Office of the Inspector-General] OIG and GAO to either reduce the risk or address identified instances of fraud, waste, and abuse.”

The senators want to know if NSF resolved those issues as it promised to do “no later than March 31, 2022.”