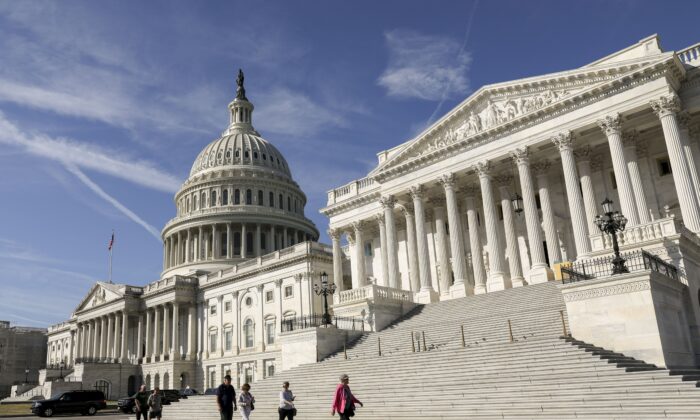 Two Republican senators have introduced a bill that would see the majority of federal agency jobs move out of Washington, D.C., to economically distressed areas, in a bid to create local jobs across the country.

Sponsored by U.S. Sen. Josh Hawley (R-Mo.) and Sen. Marsha Blackburn (R-Tenn.), the bill titled the “Helping Infrastructure Restore the Economy (HIRE) Act” will relocate most federal agencies out of the nation’s capital in a move which the pair say will boost local economies and save taxpayers’ money in the long term by slashing costs.

News of the bill comes a day after Hawley received criticism for backing the U.S. Department of Agriculture’s (USDA) decision to relocate two sub-agencies to Kansas City, Missouri.

In a press release, Hawley cites the plans as well as the Bureau Land Management’s (BLM) recent decision to move to Colorado, saying the bill would “boost this trend” so the “benefits of those jobs are more widely distributed” throughout “economically distressed regions.”

“Every year, Americans’ hard-earned tax dollars fund federal agencies that are mainly located in the D.C. bubble. That’s a big part of the problem with Washington: they’re too removed from the rest of America,” Hawley said.

“The HIRE Act will move policymakers directly into the communities they serve, creating thousands of jobs for local communities and saving taxpayers billions of dollars along the way.”

NEW → Sen. Hawley and @MarshaBlackburn have introduced a bill that would move most federal agencies out of DC and place policymakers directly into the communities they serve—creating thousands of jobs and saving taxpayers billions. https://t.co/5VQWatHNCI

Around 85 percent of federal staffers are already placed outside the capital, according to data from the Office of Personnel Management, reported The Hill.

Meanwhile, Blackburn described the legislation as a “winning combination,” saying the relocation of agencies outside of Washington, D.C., “both boosts local economies and lowers costs.”

“This legislation would enable Americans across the country to have greater access to good jobs. Tennesseans would greatly benefit from having portions of the Department of Education in the Volunteer State. It is my hope that the HIRE Act will quickly pass the Senate,” Blackburn added.

The bill claims the move will help in “retaining quality employees” with lower living costs, shorter commute times, and higher federal salaries relative to the region. The release cites lower rental costs as a method to saving taxpayers’ money.

News of the Department of Agriculture’s relocation to Kansas City, Missouri, has been met with intense scrutiny, sparking mass resignations at USDA’s Economic Research Service and the National Institute of Food and Agriculture, reported Fox News.

Peter Winch, a representative for the American Federation of Government Employees, told the news outlet the move “does not serve a public purpose.”

“Employees don’t want to move, and it doesn’t make sense for them to move,” he explained.

Critics have said moving the agencies will only weaken them and their influence with lawmakers.

In a press release, Del. Eleanor Holmes Norton (D-D.C.) announced she would fight the HIRE Act.

“Hundreds of federal employees and their families have already been impacted by attempts to relocate agencies, which directly hurts their operations. Congress cannot do its job without the unvarnished facts and briefings that nonpartisan agencies give the House and Senate almost daily,” she said.

“I have already gotten language in appropriations bills that would block politically motivated moves outside the National Capital Region, and I will continue to fight these relocations with every tool at my disposal.”