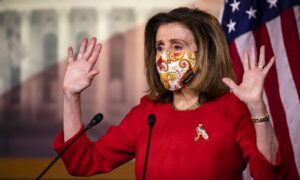 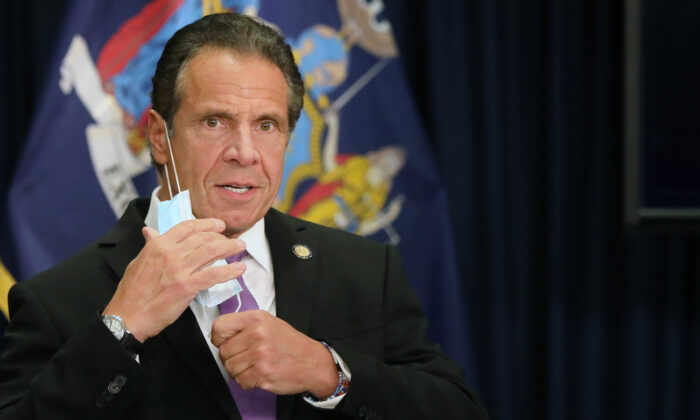 The call for hearings follows media reports that one of Cuomo’s top aides, Melissa DeRosa, admitted to New York state legislators that the governor and his staff purposely withheld information about CCP virus patients sent to nursing homes, where the disease rapidly spread to the aging residents of the facilities.

The CCP virus is also known as the novel coronavirus.

As a result, nearly 15,000 individuals died in the nursing homes, the state was forced to acknowledge, but Cuomo and his staff had only acknowledged 8,500 in official reports.

“We now know the Cuomo administration actively concealed the level of admissions and intentionally underreported these admissions in a way that callously and recklessly put facility residents in danger and resulted in an unknown number of deaths,” the GOP lawmakers told Durbin in a Feb. 17 letter.

“The Associated Press now reports that the number of admissions was greater than 9,000 COVID-19 patients—40 percent higher than what the state health department previously released,” the senators said.

“That so many people needlessly lost their lives because of the failed policies of Governor Cuomo’s administration—an administration that many have lauded over the past year—is tragic and deserves a full investigation and accounting.

“These new revelations, however, that Governor Cuomo’s administration withheld information from the Department of Justice (DOJ) and intentionally misled federal officials to avoid political accountability is more than irresponsible: It is very possibly criminal.

“Those who deliberately withheld—or directed others to withhold—material information from [DOJ] may be guilty of obstruction of justice, violating the False Claims Act, and numerous other criminal violations.”

But a DOJ probe would be conducted behind closed doors, and the letter signers believe the Judiciary Committee should convene public hearings to ensure “timely and public accountability for those who played politics with COVID-19 at the expense of the lives of American senior citizens,” the signers said.

“Holding hearings on potential federal criminal activity related to the reckless endangerment of American seniors in a global pandemic would send a strong signal that you take [DOJ] oversight and the lives and rights of American seniors seriously,” the signers told Durbin.

Cuomo has become something of an international celebrity as a result of his daily briefings on his actions. He was awarded an International Emmy in November 2020 by the International Academy of Television Arts and Sciences.

“The Governor’s 111 daily briefings worked so well because he effectively created television shows, with characters, plot lines, and stories of success and failure,” the academy’s president and CEO, Bruce Paisner, said in a statement announcing his group’s decision to give the award to the New York governor.

“People around the world tuned in to find out what was going on, and ‘New York tough‘ became a symbol of the determination to fight back,” Paisner said in the statement.

And during the 2020 presidential campaign, Biden described Cuomo’s actions during the pandemic as “sort of the gold standard.” More recently, however, Biden has appeared to be putting some distance between himself and Cuomo.