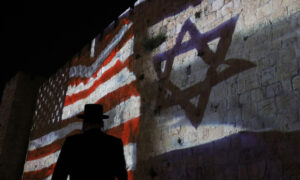 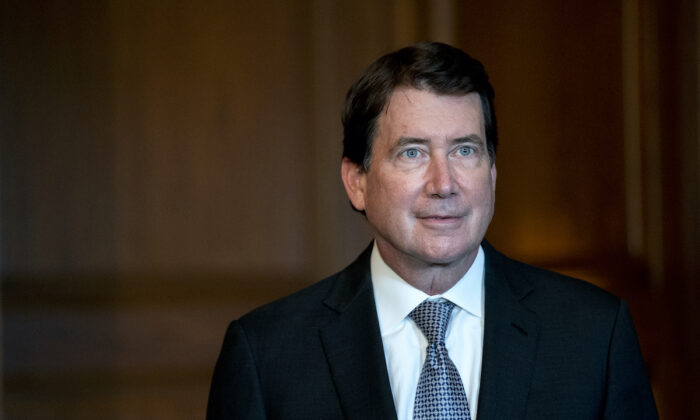 Sen. Bill Hagerty (R-Tenn.) sent a letter to President Joe Biden on Feb. 6 urging him to confirm that his administration will keep the U.S. Embassy in Israel’s capital city of Jerusalem.

Hagerty’s letter comes after White House press secretary Jen Psaki on Feb. 5 failed to confirm whether the administration intends to maintain the U.S. Embassy in Jerusalem or to move the main office back to Tel Aviv. Psaki informed reporters that she would confer with the national security team before answering the question.

“I am writing to express my serious concern after a senior administration official, on February 5, 2021, chose not to answer one of the most basic and crucial questions about U.S. foreign policy: whether we will keep the American Embassy in Israel’s capital city of Jerusalem,” Hagerty wrote in his letter. “This is not a difficult question and should not require any deliberation.”

Under the Jerusalem Embassy Relocation Act, which was passed in 1995, the United States was required to move its embassy from Tel Aviv to Jerusalem by May 31, 1999. Since 1999, former Presidents Bill Clinton, George W. Bush, and Barack Obama had been using a waiver to suspend the relocation at six months intervals, as was allowed under the law.

In 2018, former President Donald Trump moved the embassy from Tel Aviv to Jerusalem, fulfilling a promise he made during his 2016 campaign.

The Tennessee senator called on Biden to publicly commit to maintaining the U.S. Embassy in the Jewish country’s capital.

“It is important to note that our relocation of the U.S. Embassy to Jerusalem set the stage for the Abraham Accords, a wave of landmark U.S.-led peace agreements across the region. I applaud these Accords, and hope that your Administration will sustain and expand them. Doing so will require that you be clear that you will keep the U.S. Embassy in Jerusalem,” Hagerty wrote.

The Senate on Feb. 5 voted 97–3 to pass an amendment to ensure that the U.S. Embassy remains located in Jerusalem. The measure was introduced by Hagerty and Sen. Jim Inhofe (R-Okla.).

“It’s an important message that we acknowledge Jerusalem as the capital of Israel,” Inhofe said in a statement.

The three senators who voted against the amendment were Sens. Bernie Sanders (I-Vt.), Elizabeth Warren (D-Mass.), and Tom Carper (D-Del.).

Secretary of State Antony Blinken said during his Senate confirmation hearing that he would commit to keeping the U.S. Embassy in Jerusalem.