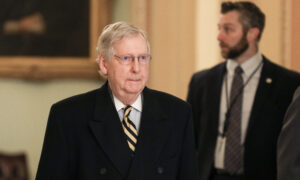 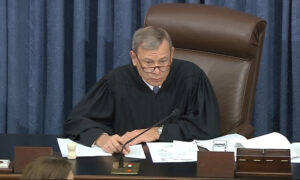 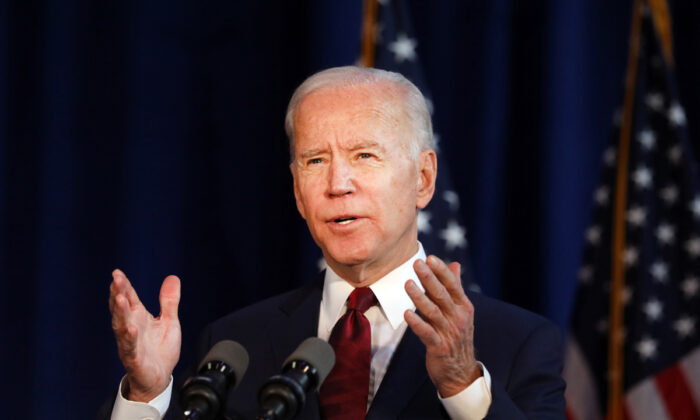 Biden Responds After Ernst Suggests He Could Be Impeached if Elected

Former Vice President Joe Biden, a leading Democratic presidential candidate, has responded after Sen. Joni Ernst (R-Iowa) warned that he could be impeached over his dealings with Ukraine should he win the presidency in this year’s election.

“[Ernst] just reinforces everything that was the reason why the president was being impeached: They very much don’t want to face me, obviously,” he told the Des Moines Register on Feb. 2. “I’ve never seen a sitting president and his allies this frightened about who may be the nominee.”

Ernst had told Bloomberg News on Feb. 2, “I think this door of impeachable whatever has been opened.”

“Joe Biden should be very careful what he’s asking for because, you know, we can have a situation where if it should ever be President Biden, that immediately, people, right the day after he would be elected, would be saying, ‘Well, we’re going to impeach him,’” she said.

Biden, who was meeting with supporters in Iowa ahead of the caucuses, suggested that President Donald Trump and Republicans don’t want to face him in the general election later this year.

A Biden spokeswoman, Kate Bedingfield, told Bloomberg, “Iowans have the chance tomorrow to say the words that Donald Trump and Joni Ernst fear most: I’m here to caucus for Joe Biden.”

The Biden campaign hasn’t responded to a request by The Epoch Times for comment.

Ernst, in her interview, said Biden could be impeached “for being assigned to take on Ukrainian corruption yet turning a blind eye to Burisma because his son was on the board making over a million dollars a year.”

Biden had served as the Obama administration’s “point man” in Ukraine while his son was on the board of Burisma Holdings, whose founder, Mykola Zlochevsky, a Ukrainian oligarch, was under investigation for corruption and embezzlement. Late last year, the Ukrainian top prosecutor expanded a probe into allegations surrounding Zlochevsky, whose whereabouts aren’t currently known.

According to Biden, he was sent to Ukraine by former President Barack Obama to fight against corruption and wanted to remove former prosecutor-general Viktor Shokin from his position.

Shokin, however, issued a sworn statement that he was ousted because he was investigating Burisma. Hunter Biden, meanwhile, told ABC News in October 2019 that although he did nothing wrong, he exercised “poor judgment” by holding the reportedly lucrative Burisma board position, adding that he realized that it created the impression of a conflict of interest.

Republicans and some Democrats in the Senate had said they would like to call Hunter Biden to testify in the Senate impeachment trial of the president. However, a resolution to subpoena witnesses was rejected Jan. 31 by the upper chamber of Congress, likely leading to a quick acquittal for President Trump this week.

“Why don’t you all show Joni Ernst just how smart you are by caucusing for me?” Biden said to supporters on Feb. 2, according to The Hill.

The impeachment inquiry last year focused on a July 25 phone call between Trump and newly elected Ukrainian President Volodymyr Zelensky in which Trump asked his counterpart to “look into” the Bidens, Burisma, and alleged election interference. Democrats alleged that he pressured Zelensky to open investigations by withholding nearly $400 million in military aid, which both Trump and Zelensky have denied.

On Dec. 18, 2019, the House voted to impeach Trump for abuse of power and obstruction of Congress.