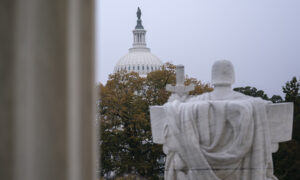 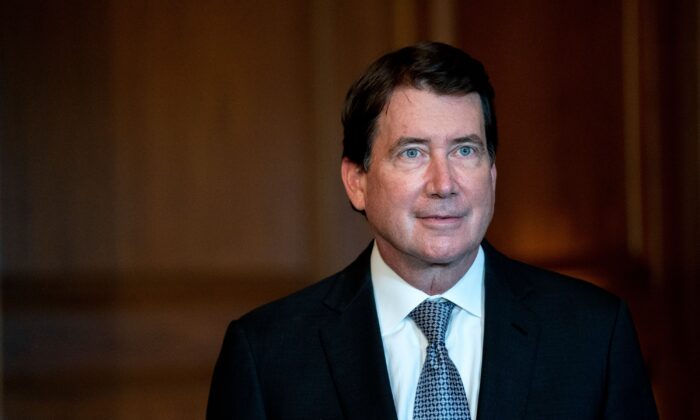 Sen. Bill Hagerty (R-Tenn.) stands for a photograph at the U.S. Capitol in Washington on Nov. 9, 2020. (Stefani Reynolds/Pool/AFP via Getty Images)
Congress

Hagerty, a new senator who won the seat vacated by Sen. Lamar Alexander (R-Tenn.) when he retired, said his new team is full of experienced professionals led by chief of staff John Rader.

“Not only does the team I have assembled in my Washington office augment the strong on-the-ground state organization announced this month, they also bring a wide array of experiences and qualifications that will serve our state and the country well,” Hagerty said in a statement.

“Under John Rader’s leadership, and with the senior team I have assembled, I am confident this talented group will work above and beyond to serve the needs of Tennesseans and our Nation.”

Hagerty, a businessman, was endorsed by former President Donald Trump.

Rader is a former deputy assistant to the president for strategic initiatives who was part of Trump’s 2016 presidential transition team. Addison Osborne, a former White House intern, will work under him.

Deere, with the Trump administration until its final day, will be Hagerty’s spokesperson. Julia Hahn, who worked as deputy assistant to Trump, will also work on communications for Hagerty.

Kevin Kim, a senior adviser to the Special Presidential Envoy for Arms Control, and Rachel Leong, who worked in the White House Office of Legislative Affairs, will also work for Hagerty.

The announcement came as a number of leftist groups urged firms not to employ former Trump administration officials.

Companies should “demand clear, evidence-based answers to whether a former official participated in enabling, crafting, implementing, or defending a concerted effort to shatter democratic norms and spread hate,” they said in a recent open letter to “America’s CEOs.”

In a tweet, Deere said he was honored to be part of “this talented team.”

“Senator Hagerty ran on and told the people of Tennessee to send him to Washington to build on the successes of President Trump, and there is no better way to do that than by hiring the best from the outgoing administration,” Deere told Politico when asked about so many former Trump administration officials being hired by Hagerty.