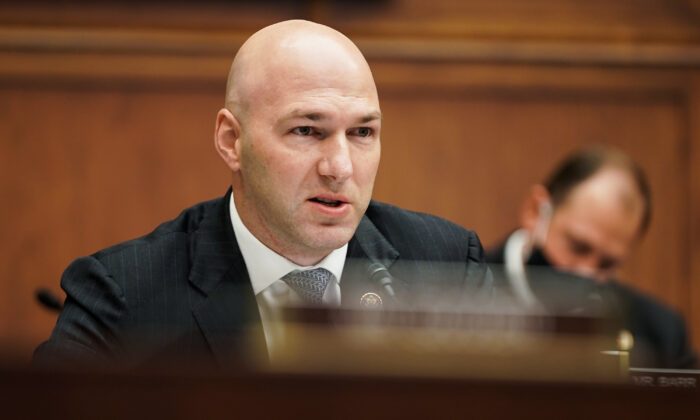 Rep. Anthony Gonzalez (R-Ohio), one of the 10 Republicans who voted to impeach former President Donald Trump, announced on Thursday that he will not seek reelection against a Trump-backed primary challenger next year.

The two-term congressman in his announcement cited a desire to “build a fuller family life” and “the toxic dynamics inside our own party.” He was set to face Trump’s former aide, Max Miller—who was endorsed in February by Trump—in the 2022 primaries.

Gonzalez, 37, a father of two children, said in a statement that the “best path” for him and his family is to “not seek reelection next fall,” citing the “chaotic political environment that currently infects our country.”

The “toxic state” of the Republican Party is a “significant factor” in his decision to resign, he said.

“Since entering politics, I have always said that I will do this job for as long as the voters will have me and it still works for my family,” Gonzalez said, adding that it had become “clear that the best path for our family is not to seek reelection next fall.”

Gonzalez, who currently represents Ohio’s 16th District, was one of 10 House Republicans who voted in favor of impeaching Trump.

In a statement on Jan. 13, Gonzalez accused the former president of having influenced the events of Jan. 6, when a group of protestors breached the U.S. Capitol building while lawmakers were gathered to certify election results to affirm the victory of President Joe Biden.

“The Vice President and both chambers of Congress had their lives put in grave danger as a result of the President’s actions in the events leading up to and on January 6th,” Gonzalez said at the time. “During the attack itself, the President abandoned his post while many members asked for help, thus further endangering all present … When I consider the full scope of events leading up to January 6th including the President’s lack of response as the United States Capitol was under attack, I am compelled to support impeachment.”

In response, the Ohio Republican Party censured Gonzalez and called on him to resign his seat in Congress.

“Please know that every word has meant the world to me and given me hope that the chaotic political environment that currently infects our country will only be temporary,” Gonzalez added in his statement.