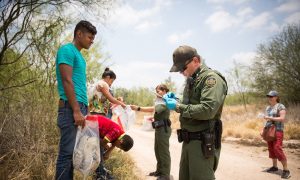 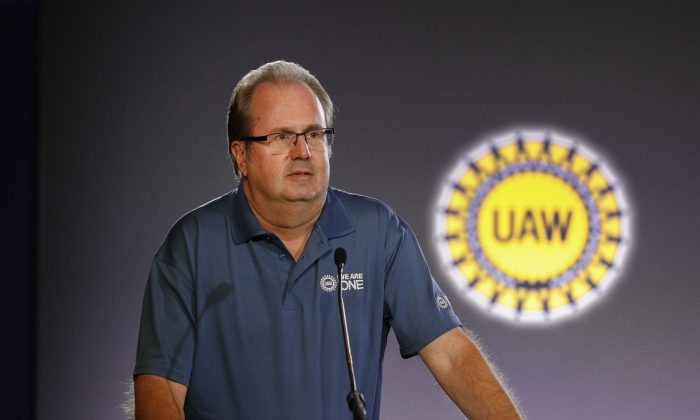 When FBI agents raided the homes of six key present and former United Auto Workers (UAW) officials on Aug. 28, including that of the union’s current president, Gary Jones, it prompted renewed talk of a federal takeover of the once-fabled labor organization.

Eight people from the UAW and Fiat Chrysler have been convicted so far in the joint bribery and corruption investigation by the Department of Justice (DOJ), FBI, and IRS, and the latest raids suggest new indictments are in the offing.

Federal officials reportedly found hundreds of thousands of dollars in “wads” of cash during the raid, plus files and other evidence “that confirm long-held suspicions that the union’s leaders spent workers’ dues on vacations, private villas in Palm Springs, and other luxuries.”

The investigation resulted from allegations that negotiations between the union and auto company were tainted by bribery, kickbacks, and cronyism, as well as by suggestions of rampant UAW administrative corruption.

A spokesman says the union is cooperating with investigators.

Jones hasn’t been charged, but the Detroit News said Aug. 18, based on four sources, that former UAW Vice President Gary Ashton is the unnamed “Union Official 1” in federal indictments, for “demanding $550,000 in kickbacks and bribes.”

Former UAW administrative assistant Mike Grimes pleaded not guilty on Aug. 28 to an indictment for wire fraud conspiracy and money laundering. He could get 20 years in federal prison if convicted.

The raids increased speculation that DOJ may file a federal racketeering case that could empower the government to assume control of the UAW, as it did three decades ago with the Teamsters.

Rep. Chuck Fleischmann (R-Tenn.) told The Epoch Times on Sept. 3 that he wants the investigation to be completed, but any mention of a federal takeover makes him nervous.

Fleischmann has reason to follow the UAW probe closely, because the union is campaigning to organize a Volkswagen factory in his district in Chattanooga.

Volkswagen employees voted against joining the UAW in June, after previously rejecting the union on a December 2015 ballot. The losses came despite heavy lobbying by the union and its political and media allies.

“I want this investigation to play itself out; those raids were made, and we should let it play out through the justice system,” Fleischmann said.

“But I don’t think it’s ever a good idea for any government to run a union. We’ve seen that, historically, in countries that have really gone astray,” he said.

Fleischmann said the UAW raids “just highlights the reality that, whether it’s the UAW and any of their kin, they are really not necessary anymore in the American economy.”

Tennessee is a right-to-work state, and its economy is growing strongly, he said. “I’ve been visiting factory after factory all across the state and the employers are happy, employees are thrilled, and they were all non-union shops.”

Even so, when asked if he expects another vote in Chattanooga in the future, Fleischmann said that “unions are relentless, and I don’t think labor unions will ever give up on their relentless pursuits.”

There is some support in conservative circles for a federal takeover, however, with the Washington Examiner, owned by Phil Anschutz, the Colorado magnate and longtime supporter of multiple conservative causes, editorializing on Labor Day 2019 that “federal oversight could be a good thing for the UAW. Its policies have hurt more than just blue-collar workers. They also helped destroy Detroit’s economy.”

The Examiner pointed to the experience with the Teamsters’ takeover, noting that “the feds similarly took control of the Teamsters 30 years ago and just ended its oversight in 2015.”

As a result, according to the Examiner, “the Teamsters, which had been dominated by the Mafia and other organized crime, was cleansed of its corrupt leadership and forced to adopt new election practices and fairer wages, among other things.”