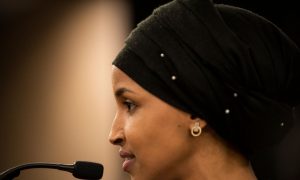 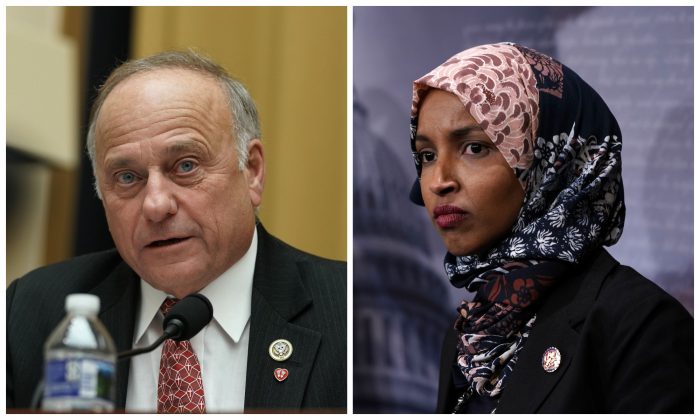 McCarthy’s action provides a stark contrast with that of House Democratic leaders, who awarded newly elected Rep. Ilhan Omar of Minnesota with a seat on the prestigious foreign affairs panel, despite her history of anti-Semitic remarks and activities.

King, a lightning-rod conservative Republican since first being elected to the House in 2002, is fighting McCarthy’s action, calling it “an unprecedented assault on my freedom of speech” and claiming the newspaper “mischaracterized” his comments.

Rep. Liz Cheney (R-Wyo.) condemned King’s alleged comments as “abhorrent” and suggested he should “find another line of work.”

Similarly, Senate Majority Leader Mitch McConnell (R-Ky.) said that if King “doesn’t understand why ‘white supremacy’ is offensive, he should find another line of work.”

King may be thinking of taking Cheney and McConnell up on their suggestion, noting at the end of a long statement defending himself last week that he plans to continue in office “for at least the next two years.”

A spokesman for King couldn’t be reached for comment.

Some Democrats sought to have King formally censured but the effort was stymied when House Majority Leader Steny Hoyer (D-Md.) detoured the action to the House Ethics Committee, a panel that is notorious for being a graveyard for ethics actions, regardless of which party controls the chamber.

Notably absent from Democratic criticisms of King, however, were comments about the apparent inconsistency with the treatment accorded Omar, who has long supported the boycott, divest, and sanction (BDS) movement against Israel.

Some defenders of the BDS movement, according to the Anti-Defamation League, “may genuinely believe that these efforts will encourage Israel to change policies with which they disagree,” but “the predominant drive of the BDS campaign and its leadership is not criticism of policies, but the demonization and de-legitimization of Israel.”

Omar also has been criticized for a 2012 tweet, in which she said Israel has “hypnotized” the world into not seeing “the evil doings of Israel.” Although the hypnosis allegation isn’t uncommon among anti-Jewish extremists, Omar claimed she was only referring in the tweet to specific actions against Palestinians by Israeli authorities.

Two Democratic strategists interviewed by The Epoch Times for this story distanced themselves from Omar’s comments, with one of them saying he would strip her committee assignments until she apologizes, and the other seeing it differently.

“She has strongly held views when it comes to Israel and I don’t personally agree with them,” said strategist Jim Manley, “but I don’t see that as disqualifying her from a seat on the House Foreign Affairs Committee.”

Manley said Omar “holds views that very few if any other Democrats hold. They are popular within our base but not widely shared on Capitol Hill.”

Jimmy Williams, a former longtime adviser to Senate Minority Whip Dick Durbin (D-Ill.) who is now a Democratic consultant in South Carolina, said “Democrats accepting or tolerating any kind of racism or homophobia or bigotry or misogyny is not tolerable, is not acceptable, and they should be drummed out of Congress and made sure they don’t have a welcome place in the Democratic caucus.”

Williams said he read Omar’s comments and tweets and found them “highly offensive, as someone who has been to Israel, and prayed in Israel, and thinks that Israel is a huge ally of the United States, and we should do whatever we can to take care of them.”

Williams said of Omar that “what she said about Israel was deplorable, it’s awful and she should apologize for it because it’s not true. If I were the Speaker of the House now and the leader of the Democratic Caucus, I would strip her of her committee assignments until she came out and said ‘this was the wrong thing, I made a mistake.’”

On Jan. 22, Omar apologized for her 2012 tweet with another tweet: “It’s now apparent to me that I spent lots of energy putting my 2012 tweet in context and little energy is disavowing the anti-semitic trope I unknowingly used, which is unfortunate and offensive.”