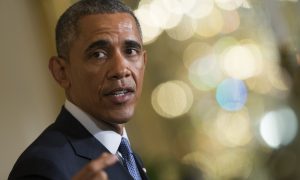 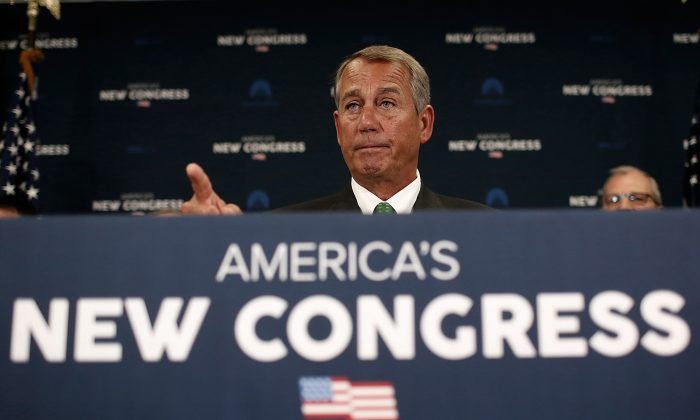 Speaker John Boehner (R-Ohio.), who recently said he was open to Obama’s childcare tax credit proposals, at the U.S. Capitol in Washington, D.C., on Jan. 7, 2015. (Win McNamee/Getty Images)
US

President Obama proposed a series of populist economic reforms at the State of the Union Address, which was roundly rejected by the GOP with few exceptions.

On CBS’s 60 Minutes, Speaker John Boehner (R-Ohio.) said that he was open to the president’s suggestion of raising the childcare tax credit to help families with two working parents.

“We’re all for helping working class families around America,” Boehner said. “We’ll take a look at this when he sends his budget up, something that could be looked at in the overall context of simplifying our tax code and bringing rates down for everyone.”

The proposal would create a second-earner tax-credit of $500 and triple the Child and Dependent Care Tax Credit, which is a 50 percent tax credit on a family’s daycare costs, from $2,000 to $6,000.

The child care credit would only go towards parents who use day care to make time for work, and would not count stay-at-home-mothers among its beneficiaries.

“This is like a business expense for someone who uses uniform or gas, something required for employment,” said Sandra Hofferth, a family science professor at the University of Maryland.

The tax credit dovetails with the family situation of Rebekah and Ben Erler, both of whom have jobs and struggle to raise their two children. The story of the Erlers was used by Obama in his State of the Union Address as a prime example of who would benefit from his “middle-class economics” reform.

This is like a business expense for someone who uses uniform or gas, something required for employment.
— Sandra Hofferth, University of Maryland

“If there’s one parent working and a mother who has disability, she can get some of the credit…there’s some special provision,” Hofferth said. “The only one who couldn’t benefit is if the mother is a stay-at-home mother and she’s completely healthy.”

Hofferth says that with more disposable income, beneficiaries of the tax-credit will be able to afford better child care. This could increase the labor-force participation rate of women, which has plateaued for some time, especially that of single mothers.

“It would be an incentive for families to participate more hours in the workforce, I would say, it would help put more money in families pockets,” she said.

Hofferth doesn’t see these proposals as a trend towards universal child care but a continuation of a decentralized support system.

“It goes through the tax system. Families can decide themselves what programs they want; it furthers the idea of individual choice while still providing supplements,” she said.