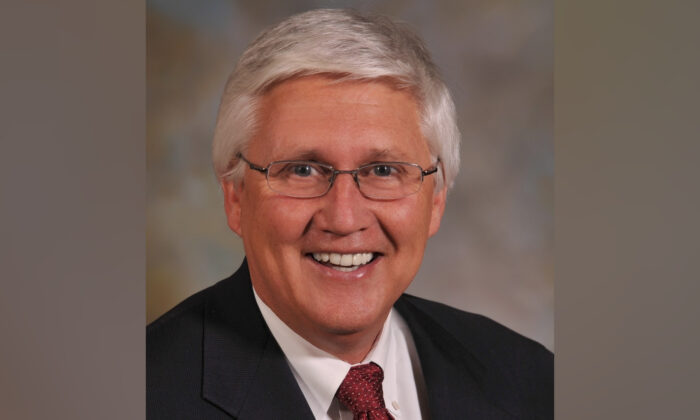 New Hampshire State Senate President Chuck Morse has announced that he will challenge incumbent Sen. Maggie Hassan (D-N.H.), who won her seat in 2016 by a margin of less than one percent.

Morse’s announcement is a sign of things to come for the Granite State, which presents a unique opportunity for a Republican takeover.

In 2016, Hassan beat incumbent GOP Sen. Kelly Ayotte by a margin of only 0.14 percent. A mere 1,017 votes decided the outcome of the election in the purple state. But such a small margin gives Hassan practically no room for error if she is to win reelection in November.

And amid a slew of ongoing crises, including skyrocketing inflation, supply chain issues, and energy shortages across the nation, for which Republicans blame President Joe Biden, Hassan’s situation is even more precarious.

Such a dire situation for Democrats in the state means that N.H. Republicans have a golden opportunity to take back the seat, which was previously held by the GOP.

In this environment, the GOP primary is sure to see a crowded field of Senate hopefuls. And indeed, several contenders have already announced campaigns for the GOP nomination.

One of the earliest campaigns to be announced was that of Don Bolduc, an Army veteran and self-described “Washington outsider” with a Trump-esque brand of populism.

Chris Sununu, the Republican governor of New Hampshire, was considered a potential candidate, but Sununu has since ruled out a Senate campaign, preferring instead to try for another term as governor.

Also a potential contender is Kelly Ayotte, who represented the state in the Senate before being defeated by Hassan. However, Ayotte has not announced any intention to run and Republican voters may be antsy about putting Ayotte up to challenge Hassan again after losing in 2016.

A few others have also announced their intention to run for the GOP nomination as well, but these are relatively small campaigns compared to Bolduc’s.

For the time being, however, Morse is the most likely frontrunner moving into election season.

Morse first appeared on New Hampshire’s political scene in 1998, when he ran a successful campaign for a seat in the New Hampshire House of Representatives.

In 2016, then-Gov. Maggie Hassan won election to the U.S. Senate. After winning the election, Hassan resigned from her seat as governor, and Morse was acting governor for the state for just two days.

In 2018, Morse won reelection to the position, but his party did not manage to hold onto the Senate. After this GOP defeat, Morse was named leader of the minority GOP caucus. In 2020, Republicans again took control of New Hampshire’s upper chamber, placing Morse back into his former position as Senate President.

Morse has yet to officially file as a candidate, and little information on his positions or main issues is currently available. According to Morse’s office, the candidate’s positions will be unveiled sometime in the next few weeks.

A look at Morse’s official Facebook page does give some idea of the issues he considers important, however.

Recently, Morse has been critical of President Joe Biden for the ongoing inflation and energy crises. “The Biden Administration is to blame for the rising inflation rates across the country,” said Morse in one post.

In a post on energy shortages, Morse said that “Joe Biden cares more about appeasing the radicals in his party than keeping energy affordable for the rest of us.”

Morse has also weighed in on the ongoing debate about how much of a role parents should have in their children’s public school education. In November, Virginia Governor-elect Glenn Youngkin successfully defeated Democratic challenger Terry McAuliffe by focusing on related issues in purple Virginia.

“Parents are rightfully concerned that radical teachings such as Critical Race Theory are being taught in our schools,” wrote Morse. “Parents must be heard and should have a say in what their children learn.”

Bolduc and Morse, the most prominent GOP contenders in the race at the moment, did not immediately respond to a request for comment on the upcoming election.