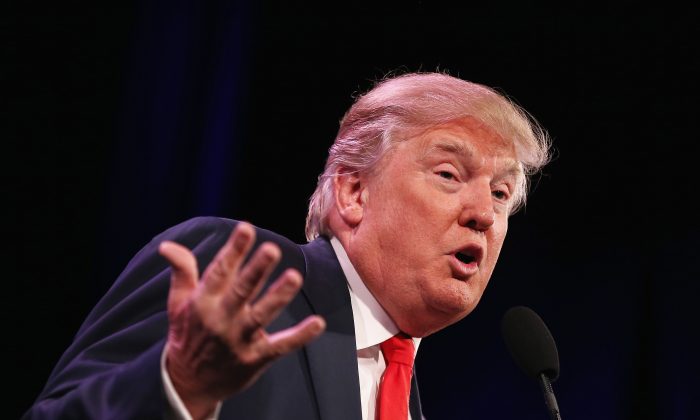 According to a new survey led by researchers at the University of Michigan, more Americans than ever say they are not sure whether climate change is occurring. In particular, the proportion of Republicans who are uncertain about climate change has doubled in the past twelve months, rising from 13 percent last year to 26 percent today.

Asked why such a big change occurred in the stance of GOP supporters, Sarah Mills at Michigan’s Center for Local, State and Urban Policy (CLOSUP) told National Public Radio, “We think that it could be that Donald Trump, the Republican’s presidential nominee, has said he is a non-believer in climate change.”

Trump has certainly been outspoken on the issue. On July 26, Trump told Fox News, “I say it [man-made climate change] could have a minor impact, but nothing, nothing to what they’re talking about.”

The reports of the Nongovernmental International Panel on Climate Change (NIPCC), which reference hundreds of research papers published in the world’s leading science journals, demonstrate that Trump’s climate skepticism is well substantiated. Marc Morano, the executive director of ClimateDepot.com, said, “Trump is the first Republican presidential nominee that has ever staked out a strongly science supported skeptical position not only on climate science claims, but also on the solutions.”

The analysis, based on an examination of 74 separate surveys over a nine-year period, supported the 2009 conclusion of Harvard University’s Susan McDonald: “When elites have consensus, the public follows suit and the issue becomes mainstreamed. When elites disagree, polarization occurs, and citizens rely on other indicators … to make up their minds.”

The Drexel/McGill/Ohio State study showed that when prominent Republicans worked with the Democrats in support of the dangerous global warming hypothesis, the public was far more supportive of this position.

However, after the Republicans split with the Democrats on climate change in 2008, there was a sudden drop in the fraction of the public who “worried a great deal” about climate.

Many conservative strategists believe that public opinion must change significantly before more Republican leaders can follow Trump’s assertive approach to climate change. This is a mistake. There is strong public support for politicians who directly address important public policy topics and such clearly stated opinions will then drive public opinion. Handled skillfully, climate change could become the breakout issue for many Republicans campaigning across America.

GOP candidates must follow Trump’s lead, making use of reports such as those of the NIPCC, to clearly explain to the public that climate change is a natural phenomenon on which human influence is likely very small. Plans to cripple the coal industry, our most important source of cheap electricity, because of improbable climate concerns, is irrational and dangerous. It is immoral to destroy millions of jobs and harm America’s poor, minority, and working class families with soaring energy prices because of a questionable theory about future climate.

When it comes to energy and environment, it’s now or never for the United States, not to mention Canada and other nations which follow U.S. policy. Another four years like the past eight would be disastrous.