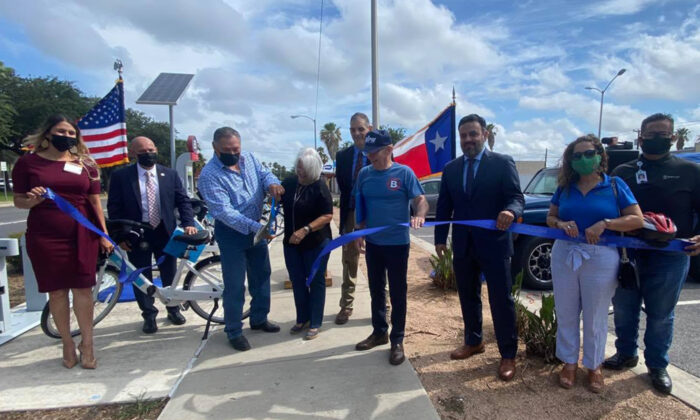 The mayor-elect of a Texas border city with a population that is around 85 percent Latino claimed that Latino voters are switching from Democrat to Republican in light of recent policy proposals.

“Well, during the past election, it’s amazing what happened here in South Texas,” Javier Villalobos, the mayor-elect of McAllen, Texas, told Fox News over the weekend. “I think genuinely the Hispanic community is very conservative, yet, traditionally, they voted Democrat. It’s amazing what happened this past election. I think our numbers as far as conservative voters were up substantially. We finally, finally, have competition in South Texas. So I think it’s [going to] open up the doors for a lot of people.”

Earlier this month, Villalobos won the McAllen mayoral election with roughly 51 percent of the vote over his opponent, Veronica Vela Whitacre.

McAllen is located at the southern tip of Texas in the Rio Grande Valley, which has seen a significant uptick in illegal border crossings in recent months. Both Villalobos and Whitacre, during their respective campaigns, suggested that the federal government needs to handle the surge of illegal immigration.

According to the 2010 census, Latinos or Hispanics make up 84.6 percent of the city’s population.

Local races in Texas are typically nonpartisan, which means that party affiliation is generally not listed on the ballot. Candidates, however, often affiliate themselves with political parties. During the campaign, Villalobos—a former Republican county chairman—promoted the Republican-aligned policy position of lower taxes and campaigned against unnecessary spending.

Villalobos told Fox News that the recent election results suggest that Latino voters are embracing Republicans more than they had before.

There are “a lot of individuals, including older individuals, that have forever voted Democrat are opening up their eyes, accepting different ideas, both social and economic,” he said. “We expect next election, that we will have the same type of results.

“We have candidates now running for Congress, when a lot of times it was very difficult to field a candidate down here, especially local elections. I think things are going to be changing.”

According to The Texan newspaper’s “Partisan Index,” several South Texas counties including Jim Hogg, Kenedy, Maverick, and Starr shifted Republican by about 20 percent in favor of former President Donald Trump. Trump lost Hidalgo County, where McAllen is located, but the county shifted 13 percent in favor of the Republican candidate.

“Javier is a proven leader who cares deeply about the McAllen community,” he said.