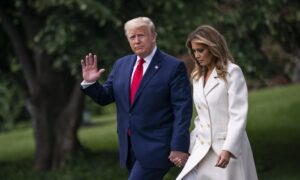 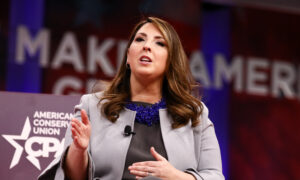 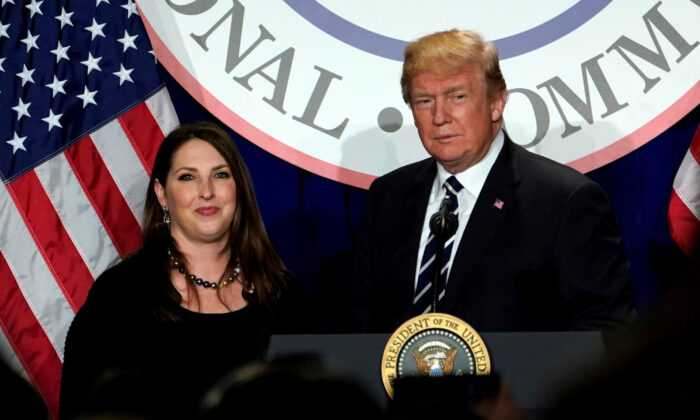 Update: President Donald Trump announced Tuesday night that he is seeking a new state to host the Republican National Convention in the summer, after North Carolina refused to guarantee the event could be held in Charlotte without restrictions amid the CCP virus pandemic.

A top Republican official said the party is moving forward with considering other cities and states for its key summer convention while expressing hope that Charlotte, North Carolina, the GOP’s first choice, would still materialize.

Republican National Committee (RNC) chairwoman Ronna McDaniel said in a June 2 statement that the GOP would start visiting the cities and states that have offered to host the party’s four-day nominating convention, scheduled to open on Aug. 24, at which Republicans are expected to officially nominate President Donald Trump for a second term.

McDaniel said the party still hopes to “conduct the business of our convention” at the Spectrum Center in Charlotte, which Trump, the RNC, and North Carolina Gov. Roy Cooper, a Democrat, have all indicated is their first choice.

“We have now communicated to Governor Cooper’s office multiple times that we would like to showcase Charlotte and the wonderful state of North Carolina to the world by hosting the convention we contracted for nearly two years ago,” McDaniel said, calling the convention a “historic event to show that America is open for business.”

But the type of “full convention” that Trump and the RNC are seeking, which Cooper said in a letter (pdf) Tuesday includes around 19,000 people attending along with “full hotels and restaurants and bars at capacity,” will be “highly unlikely.”

Cooper instead insisted the Republicans plan for a lower-key event due to the pandemic.

“The people of North Carolina do not know what the status of COVID-19 will be in August so planning for a scaled-down convention with fewer people, social distancing, and face coverings is a necessity,” he wrote.

“As much as we want the conditions surrounding COVID-19 to be favorable enough for you to hold the convention you describe in late August, it is very unlikely,” Cooper added.

Republican officials so far have submitted proposals for a “full convention” rather than one with fewer participants and social distancing as requested by the state, Cooper said.

“Neither public health officials nor I will risk the health and safety of North Carolinians by providing the guarantee you seek,” he said in his letter, referring to a guarantee that convention attendance would not be limited by social distancing restrictions.

In a back-and-forth that has gone on for weeks, McDaniel said Tuesday Cooper was “dragging his feet on giving us any guidance as to how to move forward” with organizing the convention safely.

Trump told reporters at the White House on May 26 that he wanted assurances that a full convention could be held, and pressed Cooper to commit.

“We need a fast decision from the governor,” Trump said. “If he feels that he’s not going to do it, all he has to do is tell us and then we’ll have to pick another location, and I will tell you a lot of locations want it.”

In a letter to Cooper last week, McDaniel asked him to approve a series of safety protocols and logistical measures that Republicans agreed to, including health questionnaires and thermal scans for fever.

She later told former state Governor Pat McCrory on his radio show that it seemed Cooper was stalling.

“It’s starting to feel like they are dragging their feet and they don’t want to give us their guidelines,” McDaniel said on the show a day after she sent the letter, which asked him to commit to a full event by a June 3 deadline. “We are hoping to make it work but we are not going to wait indefinitely.”

Cooper, in essentially rejecting the possibility of a full convention, called for the Republicans to provide detailed plans for a way to hold the event in line with CDC-approved health and safety protocols (pdf) in place.

“We are happy to continue talking with you about what a scaled-down convention would look like and we still await your proposed plan for that,” Cooper wrote, adding that his office had not received answers to safety questions posed by the state’s health officials, “specifically regarding social distancing and face coverings.”

Republicans in Georgia, Texas, and Florida have offered to host the convention.