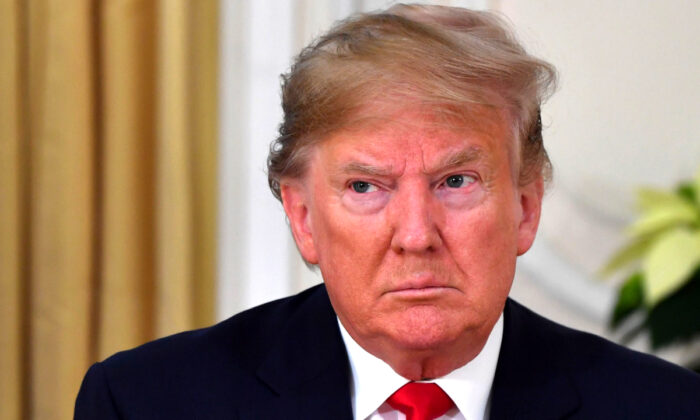 The counsel representing the Republicans at the impeachment hearing in the House Judiciary Committee on Dec. 9 testified that President Donald Trump had a “legitimate basis” to ask Ukrainian President Volodymyr Zelensky to investigate the dealings of former Vice President Joe Biden and his son Hunter Biden in Ukraine.

During an impeachment hearing on Monday in front of the Judiciary Committee, minority counsel Steve Castor argued that there is reason for Trump to “have a concern” about Hunter Biden’s involvement with the Ukrainian natural gas company, Burisma Holdings.

“In fact, Deputy Assistant Secretary George Kent explained that in 2015, he raised a concern to the office of former Vice President Biden that Hunter Biden’s role on Burisma presented a potential conflict of interest,” Castor said in his opening argument at Capitol Hill in Washington.

The GOP lawyer continued by saying that the former vice president’s son reportedly received $50,000 to $83,000 a month for compensation for his role on the Burisma board.

Allegations of corruption at Burisma are at the center of the House-led impeachment inquiry. Democrats have accused Trump of pressuring Zelensky into investigating former Vice President Joe Biden and his son Hunter Biden, who sat on the board of Burisma until earlier this year. Trump, Ukrainian officials, and other White House officials have denied allegations of quid pro quo or bribery.

In his opening, Castor said that Hunter Biden was not qualified for the position, pointing out that he had no knowledge of the Russian or Ukrainian language, and that he didn’t have a history with Ukraine.

“At the time that Hunter Biden joined Burisma’s board, his father, former Vice President Biden, was the Obama administration’s point person for Ukraine.”

Meanwhile, Castor lashed out at the House-led impeachment inquiry, saying that there is no evidence to suggest Trump “abused the power of his office, or obstructed Congress.”

“To impeach a president who 63 million people voted for over eight lines in a call transcript is baloney.”

He accused Democrats of attempting to oust the president “because they disagree with his policies” and not because they have evidence of “high crimes or misdemeanors.”

“This impeachment inquiry is not the organic outgrowth of serious misconduct. Democrats have been searching for a set of facts on which to impeach president Trump since his inauguration on Jan. 20, 2017,” Castor added.

Schiff, who oversaw a number of impeachment inquiry hearings, sent his committee’s legal counsel to testify to the House Judiciary Committee.