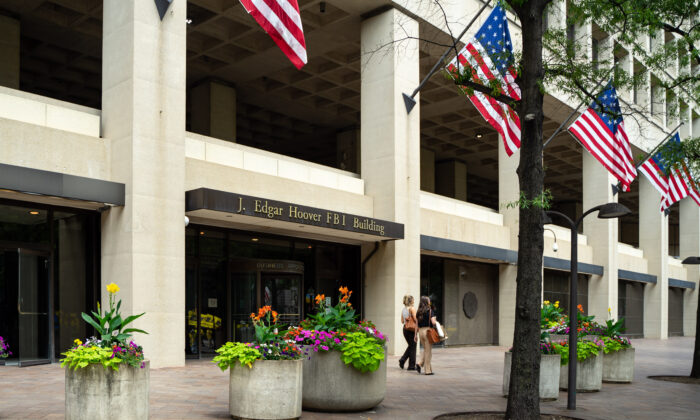 House Republicans said that recent allegations from whistleblowers regarding the FBI’s management and executives will be investigated.

Analysts say it’s likely the Republican Party will make the majority in the lower chamber after the 2022 midterms. Historically, the party of the president tends to lose House seats, and Democrats have a slim advantage.

“These new allegations are appalling, and continue to demonstrate that the FBI‘s culture has gone off the rails,” Rep. Dan Bishop (R-N.C.) told The Washington Times. “New FBI whistleblowers are coming forward at a rapid pace, and my Republican colleagues and I on the Judiciary committee will leave no stone unturned.”

When contacted by The Epoch Times Wednesday, the FBI issued a statement regarding anonymous whistleblower complaints, saying that “men and women of the FBI do their jobs with rigor, objectivity, and a fierce commitment to our mission.”

“All FBI employees are held to the highest standards of professional and ethical conduct. Allegations of misconduct are taken seriously and referred to the Inspection Division or the Department of Justice Office of the Inspector General. Through the disciplinary process, the FBI will continue to hold employees accountable for any substantiated misconduct,” the bureau continued.

“Right now, all of the flow is unidirectional to us from people who work at the FBI or DOJ, because we don’t have the investigative tools to go and demand the records and conduct depositions to get a lot of the follow-up evidence,” Gaetz told the paper.

One whistleblower, Gaetz said, spoke to his office because he’s fearful the agency will collapse.

“The guy told me that he loves the bureau, that he doesn’t want to see the bureau defunded or destroyed, but that he really feels a need to come forward so that there’s a focus on the things they ought to be doing, not trying to affect political outcomes,” the lawmaker said.

The promise to probe the FBI comes about two weeks after Rep. Jim Jordan (R-Ohio), the ranking member of the House Judiciary Committee, revealed that 14 whistleblowers have come forward in recent months with allegations about misconduct at the bureau.