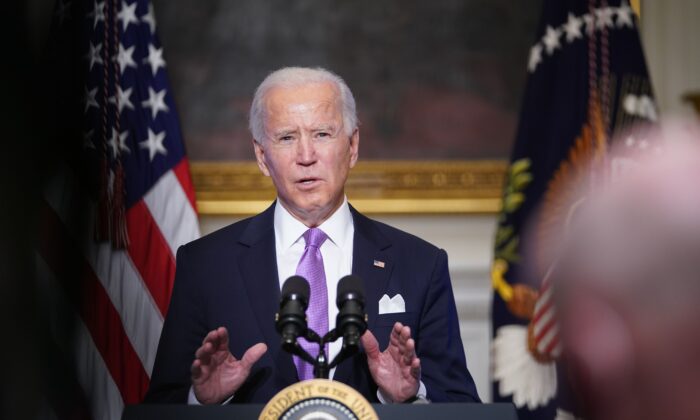 Republican lawmakers from three House investigative committees have asked the University of Pennsylvania to disclose funding sources for its academic institute focused on diplomacy and foreign policy that’s named after President Joe Biden, amid concerns of foreign influence.

In a Jan. 28 letter to the president of the university, Amy Gutmann, the Congress members asked her to provide records of China’s funding to both the university and the Penn Biden Center for Diplomacy and Global Engagement to “help us better understand the depth and breadth of foreign influence and investment in U.S. higher education, as well as the University of Pennsylvania’s and the Biden Center’s ties to China.”

Donations from China to the university surged to over $72 million in the three years since the founding of the Biden Center was announced in 2017—compared to $21 million in a similar time frame before the center was set up. That prompted a watchdog group and lawmakers to question whether the funding increase was due to the center.

Secretary of State Antony Blinken previously served as managing director of the center before joining the Biden campaign in 2019.

The lawmakers also noted that the federal investigation into Biden’s son Hunter Biden and his “tax affairs,” reportedly includes a probe into his business dealings with China, raising “serious questions regarding conflicts of interest and the integrity of the Biden family’s ties to China,” the letter states. Last year amid the election season, a former business partner of Hunter Biden revealed to media outlets a trove of text messages, some of which demonstrated Hunter Biden’s close ties to a Chinese billionaire. Other messages suggested Joe Biden was aware of his son’s business deals. While running for president, Joe Biden denied knowledge of Hunter’s business dealings.

Ron Ozlo, a spokesperson for the university, said in an email to The Epoch Times that the Biden Center has “never solicited or received any gifts from any Chinese or other foreign entity.”

“The University has never solicited any gifts for the Center. Since its inception in 2017, there have been three unsolicited gifts (from two donors) which combined total $1,100. Both donors are Americans,” Ozlo said.

In the letter, the lawmakers expressed concern about the Chinese regime’s use of “strategic investments to turn American college campuses into indoctrination platforms for American students.”

“The CCP’s [Chinese Communist Party] actions call into question whether U.S. institutes of higher education receiving federal taxpayer dollars should be allowed to accept funds from China, the CCP, or other affiliated organizations,” the letter stated.

The lawmakers also asked the university to brief committee staff on the matter by Feb. 4.