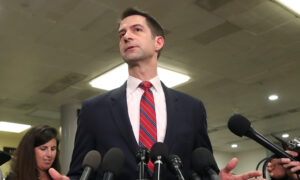 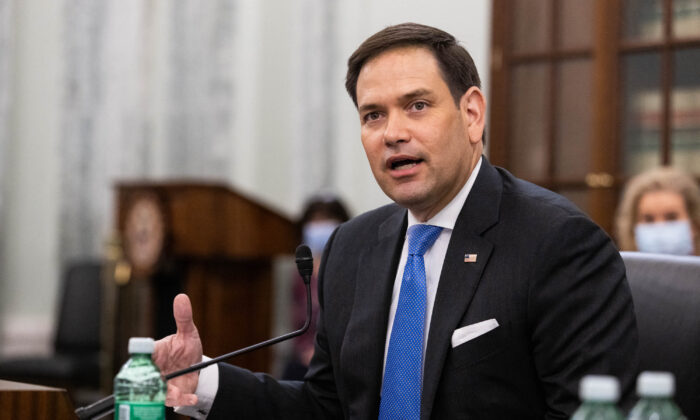 U.S. Senate and House lawmakers recently reintroduced legislation that would deny visas to aliens who have committed espionage or stolen U.S. intellectual property—particularly those with ties to the Chinese Communist Party (CCP).

“We know that the Chinese Communist Party will spare no effort to steal from, and exploit, American companies and universities,” Sen. Marco Rubio (R-Fla.), one of the lawmakers who introduced the bill, stated according to a May 20 statement.

Rubio added: “If a Chinese citizen has spied on us before, we should absolutely assume he or she will do so again. This legislation prevents repeat offenders from gaining access to our country.”

Rubio noted in the release that CCP spies expelled from the United States currently can reapply for U.S. visas.

The legislation, called the Protecting America from Spies Act, would update the Immigration and Naturalization Act to ensure that any alien who “engages, has engaged, or will engage” in espionage, sabotage, or other activities that are in violation or evasion of any U.S. law “prohibiting the export from the United States of goods, technology, or sensitive information,” according to the text of the bill (pdf).

The spouse and children of the alien would also be disqualified from getting or renewing a visa, if the alien’s activity that made him inadmissible to the United States occurred within the last five years, according to the bill.

“The Chinese Communist Party takes a whole-of-state approach to espionage and intellectual property theft, and relentlessly seeks to infiltrate and steal from America and American institutions,” stated Cruz.

To make his point, Cruz said the Chinese regime exploited its consulate in Houston for “malign purposes,” instead of diplomatic purposes.

The State Department ordered the Chinese consulate in Houston to close on July 22 last year, in order to “protect American intellectual property and American’ private information.” At that time, Rubio called the Houston consulate a “massive spy center” for the CCP.

“The threat of China and the prevalence of its spies warrant strict and steadfast action to limit their destructive espionage efforts—which is why the Protecting America from Spies Act is urgently needed,” stated Hartzler, according to the statement.

One FBI investigation involved Zhang Hao, a Chinese professor who was sentenced to 18 months in prison in September 2020, after he was convicted of economic espionage and theft of trade secrets. Prosecutors said that Zhang conspired with others to steal from two U.S. companies for the benefit of the communist regime in China.

Also in September last year, the State Department announced that it revoked more than 1,000 visas of Chinese nationals over their ties to China’s military.