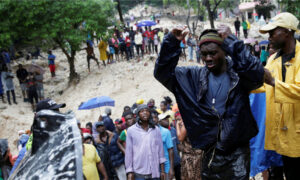 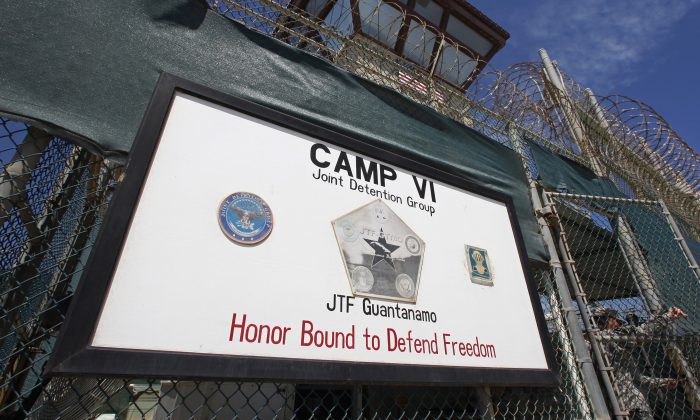 The entrance to Camp VI, a prison used to house detainees at the U.S. Naval Base at Guantanamo Bay, Cuba, on March 5, 2013. (Bob Strong/Reuters)
Politics

Rep. Jeff Duncan (R-S.C.) has introduced legislation that would prohibit the transfer or release of individuals detained at the U.S. prison camp in Guantanamo Bay, Cuba—which houses suspected and convicted terrorists, as well as others believed to pose a major security risk—into the United States.

The White House has said President Joe Biden plans to close the military prison, a move long championed by groups concerned about the humane treatment of detainees—some of whom have been incarcerated for long periods without trial—but opposed by those who argue the inmates are so dangerous as to warrant extraordinary security measures.

“Naval Station Guantanamo Bay has long housed the most dangerous enemy combatants captured by our United States military,” Duncan said in a Feb. 23 statement. “It is commonsense policy that we keep these terrorists far away from American citizens and out of our judicial system.”

The Guantanamo Bay detention center was opened in January 2002 to hold people suspected of ties to al-Qaida and the Taliban. At its peak in 2003, it held nearly 680 prisoners; just 40 detainees remain. Nine of them have been charged or convicted by military commissions.

The facility’s most notorious inmate is accused Sept. 11 mastermind Khalid Sheikh Mohammed. About two dozen inmates haven’t been charged but are deemed too dangerous to release. Six others have previously been cleared for release by a government panel yet remain jailed with no arrangements for transfer.

Biden’s aides have begun a formal review, reviving the Obama-era goal of closing the controversial site, aiming to do so before Biden leaves office, the White House said in early February. Former President Barack Obama ran into intense domestic political opposition when he sought to close the facility, a notorious symbol of America’s fight against terrorism.

“Moving some of the most dangerous terrorists in the world to U.S. soil is unacceptable and irresponsible,” Mace said in a statement. “Regrettably, the Biden White House has announced its plan to move forward with closing the prison at Guantanamo. Any plan to transfer these prisoners to the U.S., such as the Obama-era proposal to transfer the prisoners to the Charleston Brig, is unacceptable. These terrorists are the worst of the worst and should not be held on American soil.”

During his presidential campaign, Biden said he supported closing the facility, and Defense Secretary Lloyd Austin also said so in written testimony for his Senate confirmation.

“Guantanamo has provided us the capability to conduct law of war detention in order to keep our enemies off the battlefield, but I believe it is time for the detention facility at Guantanamo to close,” Austin said.

National Security Council spokeswoman Emily Horne confirmed to Reuters in early February that the review of the Guantanamo facility was underway.

“We are undertaking an NSC process to assess the current state of play that the Biden administration has inherited from the previous administration, in line with our broader goal of closing Guantanamo,” Horne told Reuters, which was the first to report about the review.

“The NSC will work closely with the departments of Defense, State, and Justice to make progress toward closing the GTMO facility, and also in close consultation with Congress.”

Obama’s Guantanamo closure policy, which was opposed by Republicans, was reversed by former President Donald Trump as soon as he took office in 2017.