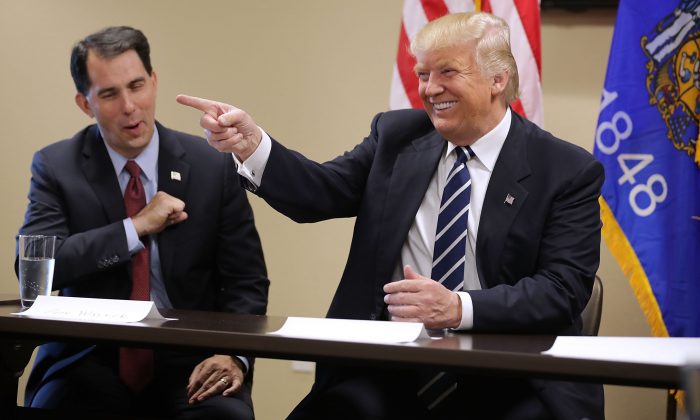 GOP Hold on Rust Belt May Not Be Firm

The big story of President Donald Trump’s 2016 electoral victory was his breaking through the “blue wall,” flipping the states of Pennsylvania, Ohio, Michigan, Wisconsin, and Iowa from the Democratic to the Republican column.

Recent polling data, and some electoral losses, call into question whether the GOP will be able to turn Trump’s victories into a continuing advantage.

Part of the challenge facing Renacci is name recognition: 50 percent of Ohio voters don’t know who he is, according to the poll.

Ohio currently has a Republican governor, John Kasich, with a 53-36 job approval rating. In the race to succeed him, the Democrat Richard Cordray leads State Attorney General Mike Dewine by 42-40.

In April, the Democrats won a seat on the state’s Supreme Court for the first time in 23 years, with the Democrat beating the Republican by double digits.

That month, Walker wrote in a tweet: “Tonight’s results show we are at risk of a #BlueWave in WI. The Far Left is driven by anger & hatred—we must counter it with optimism & organization. Let’s share our positive story with voters & win in November.”