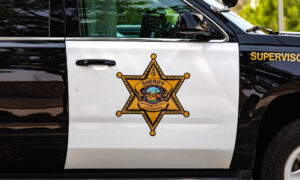 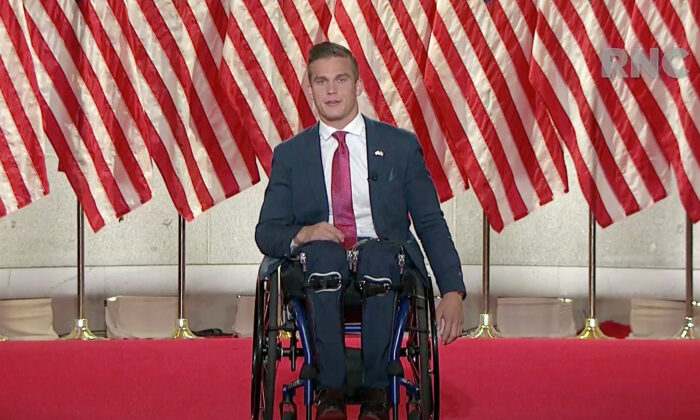 Republican North Carolina congressional nominee Madison Cawthorn—who could become the youngest person ever elected to Congress—told Fox News on Oct. 14 that his home had been vandalized, and he caught some of the perpetrators red-handed.

“This was back on Friday, Oct. 9; I was waking up to go take engagement photos with my fiancée, which I was very excited about,” Cawthorn told the outlet.

“And then I wake up to these vandals, these little punks on my driveway, you know, they were gluing some of my signs to the driveway, they were spray painting pretty not so subtle threats onto them and then they were cutting the head and neck out of my signs all over the district.”

Cawthorn caused a stir in Washington when, in June, he won the Republican primary runoff in North Carolina for a seat left vacant by White House chief of staff Mark Meadows. He gave an impassioned speech at the Republican National Convention in August, talking about overcoming adversity. The 25-year-old was left partially paralyzed and wheelchair-bound by a car accident in his teens.

He told Fox News that he wasn’t surprised by the vandalism and said his opponent in the 11th District race, Rep. Moe Davis, (D-N.C.), made incendiary statements in the past about political opponents.

In 2019, Davis wrote in a tweet: “Screw they go low, we go high. … When @NCGOP extremists go low, we stomp their scrawny pasty necks with our heels and once you hear the sound of a crisp snap you grind your heel hard and twist it slowly side to side for good measure. He needs to know who whupped his [expletive].”

Davis released a statement condemning the vandalism targeting Cawthorn and insisting that it had nothing to do with his campaign.

“I have no reason to believe that the actions reported last week had anything to do with my campaign or my supporters. Mr. Cawthorn has incessantly hyped a tweet of mine from over a year ago to stoke anger within his supporters and create a false narrative of lawlessness in Western North Carolina. His ads aren’t directed at my supporters, they’re directed at inciting his,” the statement said.

“Apply some common sense: Vandalizing signs does nothing to aid my campaign. But it does allow Mr. Cawthorn to play the victim and lash out at me for attacking him without a shred of evidence that I had anything at all to do with what was reported.”

Cawthorn also spoke about the state of political polarization in the country, telling Fox News: “This is not a country that I want to raise children in. One where a political difference means that you can condone violence.

“I want us to all come together as Americans and work toward a brighter future, but the liberals seem to have gotten so far left, gotten so divisive, that there is no way that they can have a middle ground with us anymore.”

Davis, in his statement, said, “I want to be clear and unequivocal: I do not condone violence by anyone—left, right or center—and anyone who engages in such conduct should be prosecuted to the full extent of the law.”