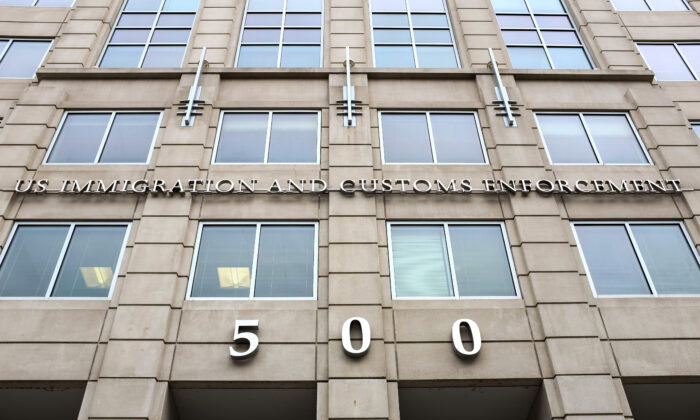 A group of Republican congress members is investigating a recent inspector general report that said Immigration and Customs Enforcement (ICE) wrongfully gave out an $87 million sole-source contract to a Texas nonprofit, resulting in millions of dollars of wasted taxpayer money.

2021,” stated the report issued by the inspector general (IG) for the Department of Homeland Security.

The Republicans wrote a letter on May 4 to Acting ICE Director Tae Johnson, asking him to provide all documents and information surrounding the deal.

“Wasting $17 million in unused hotel rooms paid for by the taxpayers is unacceptable,” the letter states.

The 19 congress members raise concerns over the way ICE awarded the contract, as well as a potential conflict of interest with a staff member at Endeavors.

The IG report revealed that ICE awarded the contract to Endeavors after the nonprofit submitted an unsolicited proposal.

“Rather than using the competitive procurement process, ICE awarded a sole source contract to Endeavors, which had provided an unsolicited proposal for housing migrant families in hotels,” the report states.

“ICE records showed that Endeavors had no experience providing the services covered by the sole source contract, including hotel beds or all-inclusive emergency family residential services.”

The IG report said ICE had used a different contractor in 2021 to provide hotel services, “but neither that contractor nor any other contractor was given the opportunity to submit a proposal.”

The report also said its office has referred the actions surrounding the use of a sole source contract to its Office of Investigations.

The Republicans’ letter to Johnson suggests a potential conflict of interest between ICE and Endeavors.

“Endeavors won this contract and even larger contracts with the Department of Health and Human Services through a no bid process after hiring Andrew Lorenzen-Strait as senior director for migrant services and federal affairs,” the letter states, adding that Lorenzen-Strait is “a political ally” of the Biden administration.

“Mr. Lorenzen-Strait served on the Biden-Harris transition team and is a former official at ICE.”

The letter suggests Lorenzen-Strait may currently be interviewing to return to ICE as its Chief of Staff. The group of Republicans said they expect to receive the documents from Johnson by May 18.

Endeavors didn’t yet respond to a request for comment on the accusations.

Lorenzen-Strait has been with Endeavors since early 2020, according to its website. Part of his role is “advancing our mission and core values through Federal government program development and procurement opportunities,” the Endeavors website states.

Aside from the procurement issues, the IG report said Endeavors didn’t follow healthcare protocols around COVID-19 testing and mitigation, putting themselves and the public at risk.

The nonprofit also failed to follow required ICE standards to ensure the proper care for housing illegal immigrant families while in its facilities, the report stated.