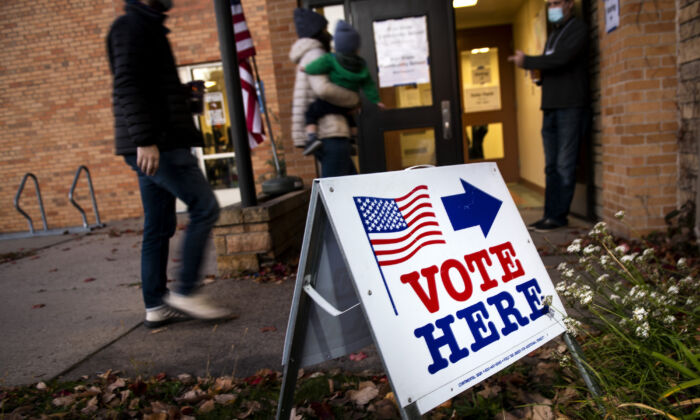 The May 24 election will determine which party candidates will advance to the Aug. 9 general election to fill the five-month remainder of the term of late Rep. Jim Hagedorn (R-Minn.)

Hagedorn died on Feb. 28 after he was diagnosed with stage-four kidney cancer three years earlier.

With 77 percent of the district’s 21 counties reporting, Munson and Finstad are both tied at 37 percent, with a potential recount coming.

Hagedorn’s widow, Jennifer Carnahan, and Matt Benda are both tied at 8 percent, despite Carnahan running as a Republican legacy candidate and top campaign fundraiser. The Republican ticket included 10 candidates.

On the Democrat side, Jeffrey Ettinger is far ahead of the other seven candidates. Sarah Brakebill-Hacke is running in a distant third place with 13.3 percent.

State election law currently doesn’t require voters to register by party affiliation. According to state election rules, Hagedorn’s seat can only be filled by special election.

Carnahan picked up her late husband’s mantle as a Trump-supporting conservative Republican as portrayed in photographs on her official website. However, she didn’t receive the former president’s endorsement.

Even though Carnahan had raised more than $400,000 in contributions, her campaign was anything but smooth sailing.

In August 2021, she resigned as chairwoman of the Republican Party of Minnesota following the indictment of top donor Anton Lazarro on charges of sex trafficking of minors.

Although Carnahan denied knowing of Lazarro’s activities, she was beset with allegations that she ignored staffer complaints of workplace sexual harassment and that she created a toxic work environment.

She also faced criticism after she reportedly said in a December 2020 tape recording: “I don’t care. Jim, he’s going to die of cancer in two years. So be it.”

She told WCCO her remarks were “absolutely regrettable,” and that she had “obviously apologized to my husband. I love him very much, and I’m going to continue to be his biggest supporter and cheerleader.”

Carnahan accused her Republican and Democrat detractors of running a “smear campaign.”

“The left has tried to cancel me before, but I will never be canceled,” she said. “I will never accept the double standards or guilt-by-association they are so desperately attempting to attack me with.”

Munson won a special election in February 2018 to replace state Rep. Tony Cornish, who had resigned following sexual misconduct allegations. He then won two-year terms in general elections in 2018 and 2020. He served as chairman of the 1st District Republican Party before his legislative career as a financial consultant.

As the “fiscal and constitutional conservative in this race,” Munson said he wouldn’t vote to increase the nation’s debt ceiling.