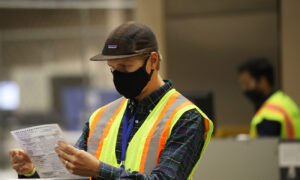 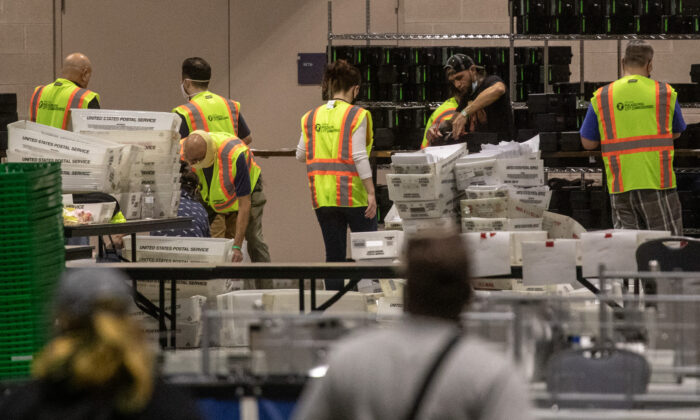 WASHINGTON—The Republican Attorneys General Association is urging the U.S. Supreme Court to overturn the Pennsylvania Supreme Court ruling that allowed for mail-in and absentee ballots to be received for up to three days after Election Day—whether or not they had a postmark.

They say the Pennsylvania Supreme Court has overstepped its authority by overriding the state legislature on election rules.

According to the Constitution, states legislatures are responsible for providing the ”times, places, and manner” of conducting elections for senators and representatives. In Pennsylvania’s case, the state legislature decided that all ballots must be received by 8 p.m. on Nov. 3 to be counted.

“The Pennsylvania Supreme Court rewrote that law. The court overstepped their bounds and encroached on the legislature’s authority,” Missouri Attorney General Eric Schmidt said at a press conference on Nov. 9. “We believe that this is a violation of a very important principle of federalism and our separation of powers.”

That case went to the U.S. Supreme Court on Oct. 19 and it allowed Pennsylvania to keep its extended deadline. The ruling was a 4–4 split vote and occurred before Justice Amy Coney Barrett was confirmed.

The second argument the attorneys general made to the U.S. Supreme Court refers to the ballots that Pennsylvania’s highest court said didn’t require a postmark.

“In this particular case, we believe it’s akin to the referees getting to change the rules of the game, midway through the football game,” Louisiana Attorney General Jeff Landry said. Landry also is the chairman of the Republican Attorneys General Association.

Oklahoma Attorney General Mike Hunter said the actions should be deemed as “judicial encroachment” and overturned by the U.S. Supreme Court.

“The actions by the Pennsylvania Supreme Court are one of the most breathtaking abuses of judicial authority that I’ve seen in my four plus years as attorney general,” Hunter said.

The association is hopeful the U.S. Supreme Court will pick up the case and resolve it quickly. Schmidt said it’s “beside the point” whether a new ruling would turn enough votes to ultimately give a Pennsylvania win to President Donald Trump.

“When the Pennsylvania Supreme Court comes in and changes the law, rewrites the law outside of their authority—that’s the issue,” he said.

Pennsylvania has 20 Electoral College votes and is the biggest prize still under contention in the presidential race. The Trump campaign has also filed legal cases in Arizona and Michigan, while Wisconsin, Georgia, North Carolina, and Alaska haven’t yet finished counting.

The Republican Attorneys General Association amicus brief joins a Republican lawsuit already filed with the country’s highest court. An amicus brief is a legal document that can be filed by a non-party in a given case.

The association said it will continue to look at all of the cases contesting election results that are being filed around the country and decide which ones to join.

The Epoch Times isn’t calling the race until all legal challenges are resolved.