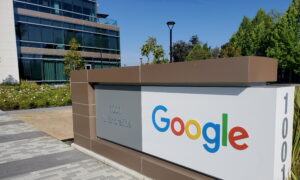 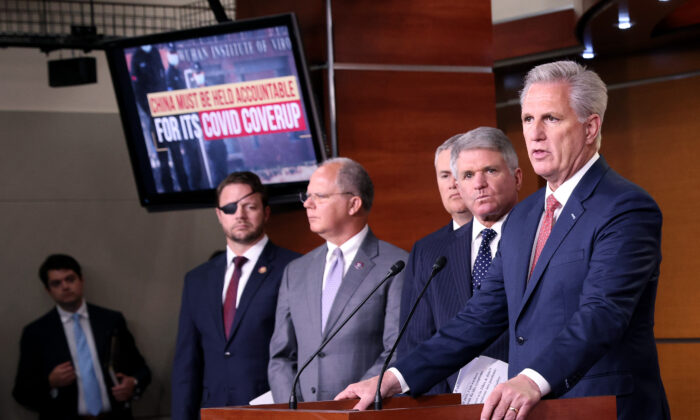 In a letter addressed to President Joe Biden, Republicans are asking the executive to reverse his “anti-American energy policies” in order to increase domestic energy production and meet the demands of Americans as gasoline and food prices continue to rise.

Since taking office, Biden has distanced his administration from almost every policy endorsed by President Donald Trump.

Under Trump’s energy policies, America in 2019 become energy independent for the first time in 62 years, fulfilling a key campaign promise made during the 2016 election. Among these policies was the authorization of the Keystone pipeline and the approval of the use of hydraulic fracking, policies rejected by his predecessor, President Barack Obama.

By April 2020, the impact of these policies became clear as the price of gasoline plummeted to an average of around $1.94 per gallon, according to the U.S. Energy Information Administration (EIA).

A string of executive orders in the early days of Biden’s presidency reversed several Trump-era policies, fulfilling promises that Biden made on the campaign trail in 2020 that he would “transition [away] from the oil industry.”

Biden prefaced one such executive order with a summary of his administration’s policy: “Where the Federal Government has failed to meet that commitment in the past, it must advance environmental justice.”

To achieve these ends, Biden again halted construction on the Keystone pipeline and suspended new oil and natural gas leases on federal lands, among other executive actions.

Since Biden’s inauguration, data from the EIA shows average gas prices have increased every month, shooting up from $2.42 per gallon in January to $3.272 per gallon in September. Further indicating decreased energy production, crude oil prices also hit a 7-year high at $80 per barrel, prices last seen in October 2014.

As prices continue to increase, Biden has tried to regain control by enticing the Organization of Petroleum Exporting Countries Plus (OPEC+), comprised of OPEC nations such as Iran, Iraq, Saudi Arabia, and Venezuela, along with non-OPEC members like Russia, to produce more oil to lower costs. Thus far, these efforts have been ignored.

At the same time, Democrats have touted their $3.5 trillion reconciliation bill’s new climate policies, which Sen. Bernie Sanders (I-Vt.) has promised will constitute “an extremely aggressive [transformation of the U.S. energy system] away from fossil fuels.”

Now, Republicans in the House led by Minority Leader Kevin McCarthy (R-Calif.) are calling on the president to “[rescind] Executive Orders and other policies designed by your Administration to reduce access to to our country’s oil and natural gas resources.”

“Instead of continuing to call for increased prosperity for OPEC+ affiliated nations that seek to harm the United States,” McCarthy wrote, “we should meet American needs with American produced energy.”

McCarthy further decried Biden’s fledgling negotiations with OPEC+, noting that the organization includes U.S. enemies like Russia, Iran, and Venezuela. “It is not in America’s interest to rely on these nations for energy,” McCarthy ruled.

McCarthy then turned to the benefit of Biden loosening his “anti-American” restrictions on energy production, saying that relaxing these “will increase American economic and job growth, enhance national and energy security, and lower energy prices for American families.”

McCarthy then addresses specific policies that he thinks ought to be reversed, including Biden’s “canceling the Keystone XL pipeline, proposing to ban fracking, declaring a moratorium on leases on federal lands and water for oil and natural gas production, and changing tax law to harm domestic production.”

As examples, McCarthy cites Biden’s tacit “green-light” to the Russian Nord Stream 2 pipeline. He also notes that “The liberal reconciliation bill that your Administration is supporting would dramatically increase our reliance on China for rare earth and critical minerals to meet your climate agenda.”

The Republicans concluded the letter with a plea that Biden “work with us to preserve America’s energy security and reverse your disastrous energy policies.”