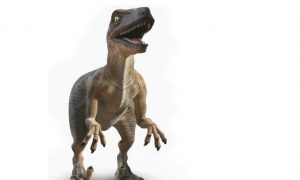 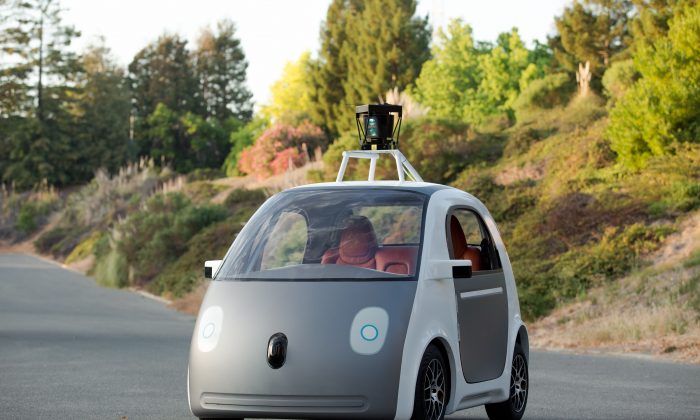 An early version of Google's driverless car—Google plans to put 100 on the streets within a year. (AP Photo/Google)
Opinion

Google’s Robotic, Driverless Cars May Be Futuristic, but…

They're not the droids we're looking for

Footage of Google’s prototype driverless car has got people talking about the potential for self-driving vehicles. While this seems like an exciting new technological advance, in fact the idea is not so new, with numerous large car manufacturers having carried out their own autonomous car programmes as far back as the 1920s, with a “magic highway” system developed in California in the 1990s.

It is important that we have a debate about what form cars of the future should take, because personal mobility is an increasingly pressing problem in terms of its environmental impact and sustainability. There are more than a billion cars on the world’s roads – a figure that has doubled over the past 25 years, swelling with the rise of car ownership in the rapidly developing economies such as Brazil, China, and India. With transport responsible for a fifth of global oil use and forecast to be the chief source of future oil use and emissions growth, this is a destructive trend that cannot be sustained for the long term without compromising future generations.

The Role of Electric Vehicles

In response to the dominance of the internal combustion engine, electric cars have emerged as an alternative. Switching fuels from oil to electricity overcomes much of the dependence on oil and can cut the emissions produced. Governments have introduced subsidies and tax reductions to encourage consumers, public sector bodies and commercial fleets to shift towards electric vehicles.

But while manufacturers have brought a steady stream of electrified vehicles to market, sales remain low, costs high, infrastructure insufficient, and standards – such as competing types of charger – have yet to settle. So, as it stands, electric vehicles are not yet considered an attractive alternative for everyone.

However, cars that drive themselves could challenge the status quo, changing our relationship with cars and pulling more drivers into the sphere of electric vehicles. They could be shared, increasing sociability and social inclusion, and offering an opportunity to those unable to buy a car outright. Google’s model in fact moves away from private ownership, taking the risk out of substantial investment decisions. Only for use over short distances, concerns about fuel, range and other worries would not be a concern.

The Pros and Cons of Automation

Another effect of self-driving cars might be to encourage more cycling and walking, as roads full of automatically-driven cars will (we hope) be safer – drivers are after all prone to fatigue, mood changes, emotional impulses, distraction or intoxication. In contrast, self-driving cars are computer controlled, so there will be no impulsive or hasty decisions that could lead to injury. The cars are also programmed to avoid certain obstacles – a child running into the road would trigger the sensors, for example. And towns and cities that are more accommodating to cyclists and pedestrians means a lower carbon footprint for the daily commute.

For those who cannot drive, for example through disability or age, cars that drive themselves would help connect cut-off communities, and provide a means of transport and so a way of maintaining personal independence. Even those under the legal driving age could benefit from the a means of transport that doesn’t require a driver.

Of course, there are drawbacks too, chief of which is that introducing self-driving cars might encourage more vehicles onto the roads. Rather than replace existing cars, Google’s new cars might be bought as additional cars. They might actually compete with public transport such as buses, trains and metro systems – Google are positioning the cars as a replacement for taxis. If so, instead of improving transport sustainability, autonomous cars could end up generating more journeys, requiring more power, and generate more emissions (from electrical power and from manufacture).

And again, Google’s driverless cars will benefit short-distance urban travellers more than those in less connected rural areas, as they require strong internet connections for access to maps and GPS systems. Both are commonplace in cities, but less so in the countryside where transport is more keenly needed. In the UK, 87% of rural dwellers hold driving licenses, compared with only 65% for those in built-up metropolitan areas, falling to 62% in London. Google’s futuristic cars won’t benefit those countryside communities suffering from transport poverty.

So, in this outpouring of futuristic comment on Google’s driverless cars, while it raises an interesting debate about mobility that needs to be had, neither we nor those designing it should pretend the driverless car holds the solutions to the 21st-century transport we need to start planning for.

Daniel Newman, RA, Sustainable Places Research Institute at Cardiff University, does not work for, consult to, own shares in or receive funding from any company or organisation that would benefit from this article, and has no relevant affiliations. This article was originally published on The Conversation. Read the original article.