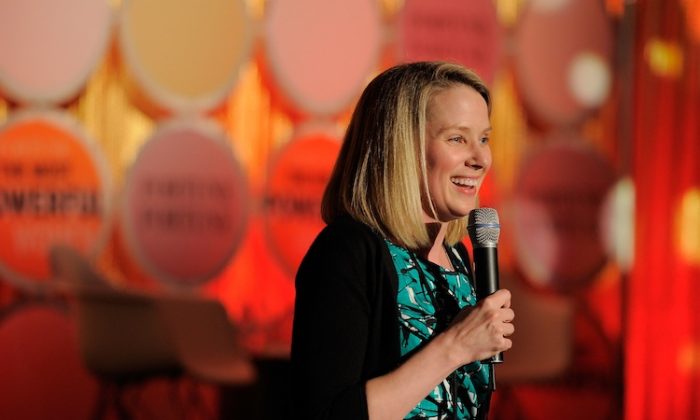 Marissa Mayer speaks onstage at the Fortune Most Powerful Women Dinner at the Time Warner Center on May 24, 2011 in New York City. (Jemal Countess/Getty Images for Time Inc.)
Business

Yahoo! Inc. announced on Monday that it has appointed Google Inc.’s Marissa Mayer as president and Chief Executive Officer of the multinational Internet corporation, making her the fifth CEO of the struggling tech giant in five years. Mayer began her new role on Tuesday.

Mayer, one of Silicon Valley’s best-known personalities, has distinguished herself when she joined Google in 1999 as the company’s 20th employee and first female engineer. Over her 13-year career at Google, she rose to become vice president of Search Products and User Experience, and later of Local, Maps, and Location Services.

Mayer succeeded interim Yahoo CEO Ross Levinsohn, who took over from the ousted Scott Thompson. Despite her high accomplishments, it is unclear how long Mayer would be able to stay at work, as she discovered last month that she and her husband, Zachary Bogue, are expecting their first child, a baby boy, in October.

“The appointment of Ms. Mayer, a leading consumer internet executive, signals a renewed focus on product innovation to drive user experience and advertising revenue for one of the world’s largest consumer internet brands,” Yahoo said in a statement.