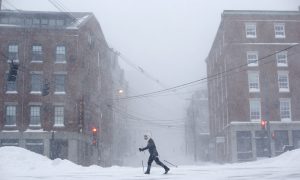 Google’s Big, But Something on the Web is 6 Times More Popular

Google has been delivering an astounding average of 4 billion search queries every day this year. But that’s hardly competition for the 24 billion daily digital weather forecasts provided by the two most popular services, the Weather.com and the AccuWeather.

The number is staggering, as it’s more than double the number of internet users and cell phone users in the world combined. Of course, the two groups massively overlap so it basically means people check weather online a lot.

It almost seems as if people don’t really need to know anything quite as much as they just need to know how’s the weather.

Weather.com provides 15 billion forecasts a day across its digital platforms. The second in line is AccuWeather which gets 9.5 billion per day.

To be fair, a big part of the behemoth figure probably stems from mobile apps automatically updating the weather information. Google searches, on the other hand, are mostly done out of people’s own initiative.

Weather.com spokesman David Blumenthal confirmed the automatic updates are included in the figure.

“In general, if an application is refreshed frequently (every few seconds or so), that would not generate new requests. But on a normally functioning application (updates a few times an hour), each update would be one or more requests,” stated Chris Patti, AccuWeather vice president of technology in an email response forwarded by Roberti.

Weather.com is the 26th most visited website in United States, while AccuWeather occupies the 106th spot, according to Alexa.com.

Weather.com gets 40 million – 50 million hits on its website a day, with over 7 million unique visitors. Its app, the 7th most popular ever on iPhone, has been downloaded over 150 million times and 13 million people use it every day, the company reported.

In comparison, the official U.S. government service on Forecasts.Weather.gov gets about 3 million daily hits. Still, that makes the website the most visited government domain, even beating the tax-collecting IRS.gov, according to analytics.usa.gov.

In any case, the desire to check the weather online, rather than just, say, look out the window, proves overwhelming.

Update: The article was updated with responses from Weather.com and AccuWeather spokesmen.